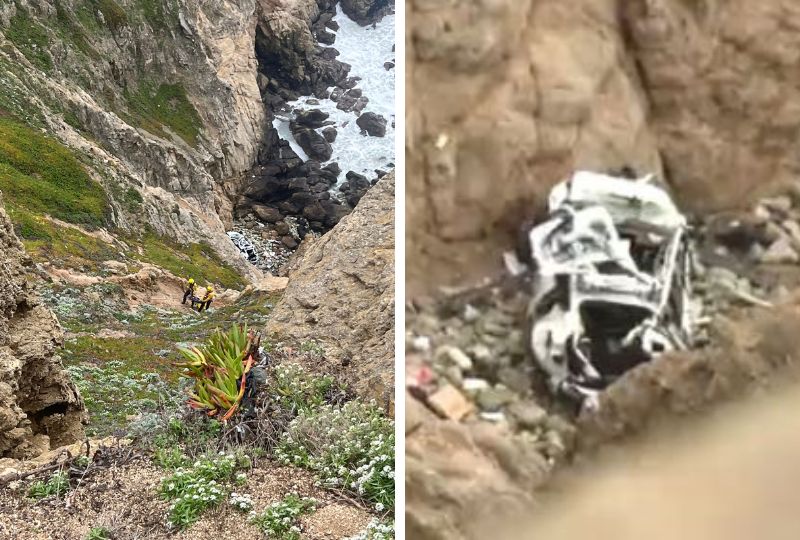 Two adults and two children were rescued after being trapped for more than an hour when their Tesla plunged off a 250-feet cliff in California.

The four, whose identities have not been revealed, went over a cliff known as 'The Devil's Slide' in California.

They were rescued by helicopter and are now being treated at a local hospital, an official at the scene of the accident said.

According to him, the children were four and nine years old. They were unharmed in the accident, while the adults suffered non-life-threatening injuries.

It is not yet known what caused the Tesla to go over the cliff.

⁦@elonmusk⁩ Got me seriously wanting to buy a Tesla. Was on this rescue, 250 ft off Devils Slide, all occupants survived. #ThatsaTD pic.twitter.com/uCrlrAWsIX