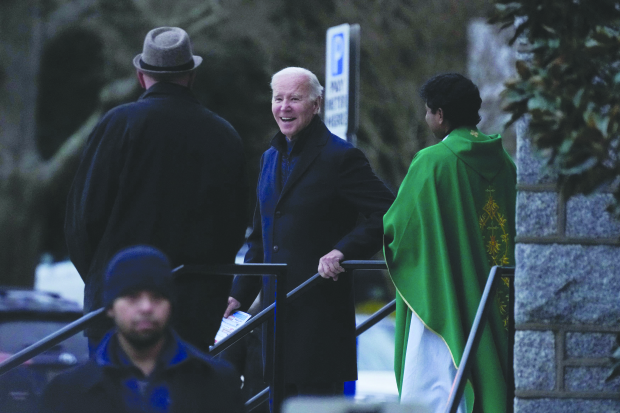 A new search of President Joe Biden’s home in Wilmington, Delaware by the US Justice Department found six more items, including documents with classification markings, a lawyer for the president said in a statement.

Some of the classified documents and ‘surrounding materials’ dated from Biden’s tenure in the US Senate, where he represented Delaware from 1973 to 2009, according to his lawyer, Bob Bauer. Other documents were from his tenure as vice president in the Obama administration, from 2009 through 2017, Bauer said.

The Department of Justice, which conducted a search that lasted over 12 hours, also took some notes that Biden had personally handwritten as vice president, according to the lawyer.

The president offered access ‘to his home to allow DoJ to conduct a search of the entire premises for potential vice-presidential records and potential classified material,’ Bauer said.

Neither Biden nor his wife were present during the search, the attorney said. Biden is in Rehoboth Beach, Delaware.

Justice Department investigators co-ordinated the search with Biden’s lawyers ahead of time, Bauer said, and the president’s personal and White House lawyers were present at the time.

Other classified government records were discovered this month at Biden’s Wilmington residence, and in November at a private Washington office.