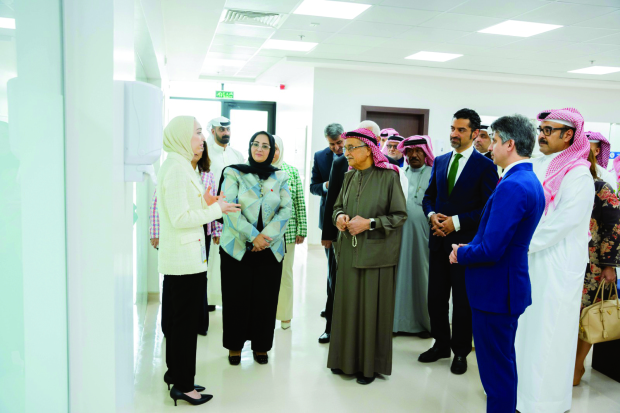 Dr Shaikh Mohammed tours the revamped department yesterday
THE newly-improved Accident and Emergency Department at Bahrain’s biggest government hospital has been officially unveiled after a major expansion. It has increased the capacity of beds from 80 to 120 as well as added seven consultation rooms, 15 recovery rooms, five triage rooms and three treatment rooms, in addition to a separate unit for children and a waiting area for up to 120 people .