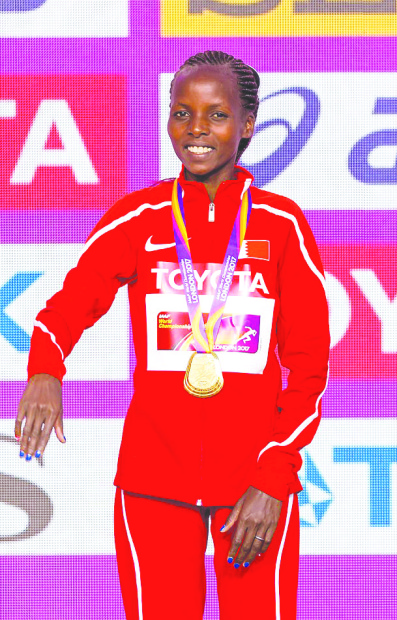 THE kingdom is all set to host the biggest international half-marathon in the region on Friday.

The first-ever Bahrain Night Half-Marathon is set to feature some of the world’s most prominent names in long-distance running, along with a large number of enthusiasts of all ages and nationalities.

The prestigious event is being held under the patronage of His Majesty King Hamad.

The sponsors are Ahli United Bank, Tamkeen, Mohammed Jalal and Sons and the Bahrain Economic Development Board.

The half-marathon includes men’s and women’s categories. A staggering first prize of $100,000 each will be won by the winners of those races. Prize money will also be claimed by the runners placed second through 10th.

There are bonuses of $30,000 for new world records set in either race.

Aside from the pair of 21.1-kilometre half-marathons, there are also six-kilometre runs for fun for both men and women. Registration is open until tomorrow.

The runs for fun offer an amazing opportunity for participants to run alongside World and Olympic Champions as one community, to spread the message of pursuing a healthy lifestyle. It gives amateurs the opportunity to improve and elite runners the chance to compete in a stunning, beautiful environment.

The start and finish will both be at Sofitel Bahrain Zallaq Thalassa. The entire course will be completely closed to traffic, in keeping with IAAF rules.

A water-only table will also be available after the last personal refreshment station.

Among the many elite athletes competing in the Bahrain Night Half-Marathon is the kingdom’s very own Rose Chelimo, who is the reigning World champion in the women’s marathon as well as in the Asian Games

The 29-year-old is one of the biggest names set to compete, and she heads into her home event with a personal best in the half-marathon of one hour eight minutes and eight seconds.

Meanwhile, as a part of the weekend’s events, there will also be an international anti-doping symposium scheduled to take place on Thursday.

For more information on the Bahrain Night Half-Marathon or to register to take part, visit www.bahrainhalfmarathon.bh.