Raiden radiates with a smile

A cold glare from Sub-Zero

Looks almost as good as the video game

Goro gets grumpy after he hears about his minor role

GULFWEEKLY: Nothing is a better welcome back for the cinematic experience – which returned to Bahrain over Eid – than watching a movie with an iconic theme song emblematic of the 1990s, the golden era and swansong of arcade video games.

The epic Mortal Kombat (MK) notes that kicked off a generation of belligerent button-mashing, creative combos and flagrant fatalities, reflected 51 per cent of the reasons I decided to re-watch the new Mortal Kombat movie in theatres, after watching it online three weeks ago. 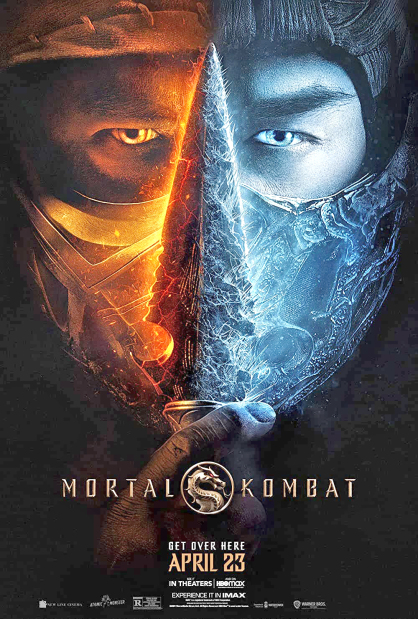 But before we get into the 2021 movie, we must talk about the MK universe. Back in the 90s, we were obsessed with a video game universe that most therapists today would immediately ban.

Hollywood, as usual, decided to cash in at a moment in history when video games were things played outside a home in the company of friends and strangers.

And thus, was born, the 1995 Mortal Kombat film. It was campy but fantastic. The dialogue was cringeworthy but the effects were fantastic for the time. And, of course, making $122 million at the box office on an $18 million budget meant a sequel was set up.

Mortal Kombat: Annihilation was so abysmal that even a nostalgic eye cries from the torture of watching terrible characters wade through a wet garbage script.

Since then, there have been attempts at bringing the video game back to the live-action movie or TV world, with little success.

Meanwhile, the video games picked up the slack in storytelling, and the most recent two, Mortal Kombat 10 and 11 have kept alive a universe that mainly revolved around destroying your console controller and ripping spines.

And, in the new Mortal Kombat movie, director Simon McQuoid decided that what the universe really needed was the X-Men: First Class treatment and we got a prequel.

With mostly unknown actors, for the most part, it is quite entertaining. There is a new character – Cole Young (Lewis Tan), who is a descendant of Scorpion (Hiroyuki Sanada). Cole is a struggling MMA fighter who is called up to defend the Earthrealm in the 10th Mortal Kombat tournament, because of a mysterious tattoo he has.

I won’t begrudge the narrative device of a new fighter still familiarising himself with the rules and realms of MK, since it can be quite a daunting universe for the layman moviegoer.

But, why bring a new one, when you are giving the universe the prequel treatment anyways? Especially if he is one with fairly mediocre powers.

It felt like a wasted character development opportunity, where we could have learned more about characters that fans already cared about, while remaining accessible to new fans.

The fighting scenes, however, more than make up for it, when they do happen. Heights and depths are used, along with a wide array of locations to make for some truly stunning fights.

In particular, the fight between Sub-Zero (Joe Taslim) and Jax (Mehcad Brooks), as well as the duel between Kano (Josh Lawson) and Sonya Blade (Jessica McNamee) are fantastically choreographed, well-paced and rewarding, despite having different levels of character development for each pair.

Cole is introduced to the MK universe by Sonya, Liu Kang (Ludi Lin) and Kano, who got his own tattoo after killing one of the assassins sent by the big bad Shang Tsung (Chin Han).

The movie says that killing a hero gives you their tattoo, but does that explain how Cole got his tattoo from his assassinated ancestor? Nope, and most fans won’t even care, as long as there is enough fake blood to go around.

That being said, the overall pacing is quite bizarre, especially considering that this is based on a video game. Imagine playing a video game and then an hour after you start, you are thrown into an hour-long tutorial. Don’t worry if you can’t imagine it, because this movie has you covered.

Some fans had an issue with Raiden (Tadanobu Asano) being played by a non-white actor, but the character is based on the Japanese god of thunder Raijin, and Tadanobu makes perfect sense. Having Goro on screen for less than 10 minutes, however, is unforgiveable.

Overall, the film has a number of missed opportunities, especially with the uneven character development, but as a launchpad for a new set of Mortal Kombat movies, it is quite entertaining.

And, it’s still quite a fun watch, even if it’s just for the fights and for that fantastic theme song, which, spoiler alert, only comes at the end of the film, but it does make you want to run home, mash some buttons and fight the Thunder God.