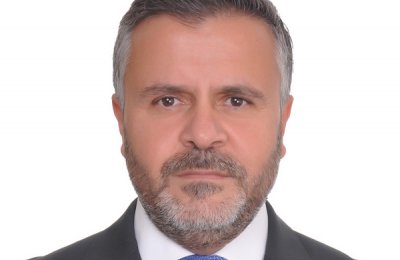 Samer Abdallah
KPMG is looking for Saudi Arabia’s top tech innovators who are poised and prepared to become tech titans. For this it has launched the Saudi edition of the “KPMG Private Enterprise Tech Innovator Competition”, with the tagline – Tech Innovators of Today; Titans of Tomorrow.
Following the success of KPMG’s “Best British Tech Pioneer”, which has crowned innovators such as Echo Health and What3Words, the competition has been expanded to include technology innovators in Saudi Arabia and 15 other countries across the major regions of the world.
Wherever they are in the business lifecycle – from a startup to the accelerated growth – they are being invited to pitch their innovations and present their growth ambitions to panels of local and global industry experts, and to be recognised as the most innovative and potentially leading tech innovator.
Participants will have an opportunity to be recognised as one of Saudi Arabia’s most successful technology innovators. Shortlisted businesses will be provided with exclusive networking opportunities among industry experts and other tech innovators, and winning companies will gain exposure by being featured in KPMG’s “Winners Report” and media profiles.
The Tech Innovators in Saudi Arabia, and the winner in each of the other participating countries, will progress to the Global Tech Innovator final at Web Summit 2021 in Lisbon in November, where they will be recognized on the global stage.
Commenting on the competition, Dr Samer Abdallah, Head of ICT Sector at KPMG in Saudi Arabia, said: “The technology sector is very strong in Saudi Arabia and is an essential contributor to the health of local and global economy. Our aim is to contribute to and support the continued growth of the top tech innovators who are leading the sector. Either they are tech-enabled, tech-led or tech-driven, we are inviting them to consider this extraordinary opportunity to take their businesses to the next level.”
“Participants in the KPMG Private Enterprise Tech Innovator competition will make important connections and gain recognition among some of the most trusted advisors, industry leaders and influencers in Saudi Arabia and other major world markets. These are vital networks that no fast-growing tech company will want to miss,” concluded Dr Abdallah.
This is the inaugural KPMG Private Enterprise Tech Innovator competition. The finalists in each country will be recognised on the world stage at Web Summit 2021 where they will be given the opportunity to demonstrate their growth plans.
The is being hosted in 16 countries - Bahrain, Brazil, Canada, France, Germany, India, Ireland, Mexico, Nordic Region, Portugal, Saudi Arabia, South Africa, Spain, the UK, UAE and the USA.-- TradeArabia News Service