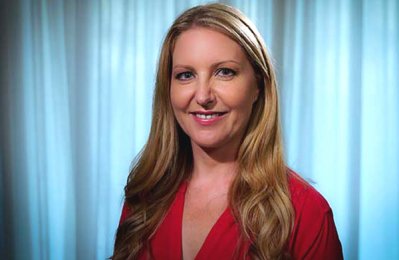 Bloomberg Media Studios has named former CNN International Director and Expo 2020 Dubai Broadcast Production Manager Nicola Porter as the Executive Editor of its Middle East & Africa Studio.
In this role, Porter will lead the UAE-based creative team building thought leadership platforms through unique brand stories that leverage Bloomberg’s mission, influence, and intelligence for clients in the region.
Based in Bloomberg’s regional headquarters in Dubai, Nicola will be responsible for developing relationships with existing and prospective Bloomberg clients in the Middle East & Africa Studio and building an on-the-ground talent network in the region.
She will report to the Global Head of Bloomberg Media Studios, Ashish Verma, and Bloomberg Media’s Managing Director of the Middle East & Africa, Amit Nayak.
Amit Nayak, Managing Director, Middle East & Africa at Bloomberg Media, said: "We are delighted to welcome Porter to our team. Her extensive background in media, including her regional and international experience, will support our continued growth in the Middle East and Africa."
An Emmy Award-winning journalist with more than two decades of experience in international broadcasting and production, Porter most recently spent a year managing the broadcast production for Expo 2020 Dubai, where she oversaw the creation of news and feature segments.
Prior to Expo 2020 Dubai, Porter was a Director of Coverage at CNN International. During her 15 years there, she travelled the world covering major news events and developing multi-platform feature programming, and played a pivotal role in overseeing and gathering diverse and critical global news content in politics, culture and finance.
On her new role, Porter said: "I am excited to join Bloomberg Media Studios and contribute to the studio’s continued growth in the region. I look forward to building creative content story platforms for our clients that deliver meaningful results."
Bloomberg Media Studios launched its regional on-ground presence in March following 50% year-over-year growth from 2020 to 2021 in the Middle East and Africa, where the studio doubled its client roster during the same period.-TradeArabia News Service