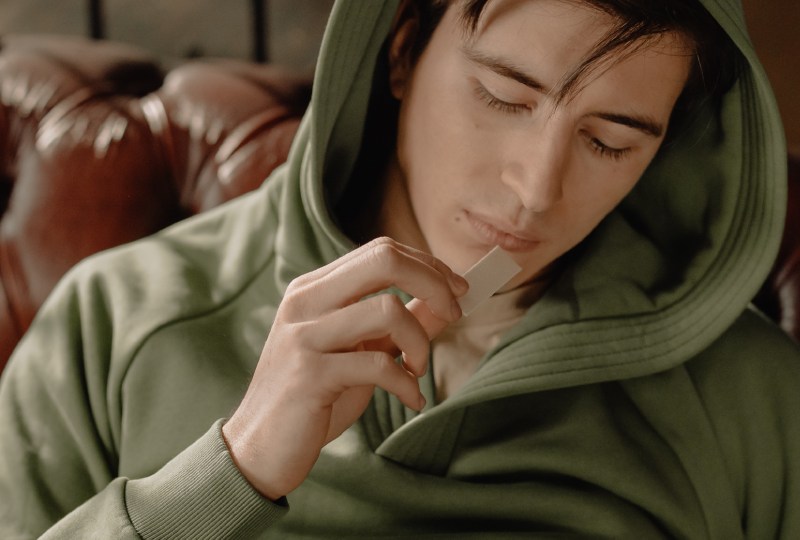 The following is a summary of some recent studies on Covid-19. They include research that warrants further study to corroborate the findings and that has yet to be certified by peer review.

An experimental chewing gum that "traps" SARS-CoV-2 particles in saliva holds promise for curbing transmission of new variants of the virus, according to new data, as researchers prepare to launch the first human trial.

The gum contains copies of the ACE2 protein found on cell surfaces, which the coronavirus uses to break into cells and infect them. In test-tube experiments using saliva from individuals infected with the Delta or Omicron variants, the virus particles attached themselves to the ACE2 "receptors" in the chewing gum and the viral load fell to undetectable levels, researchers reported in Biomaterials.

In the clinical trial, Covid-19 patients will each chew four ACE2 gum tablets each day for four days. The "viral trap" ACE2 proteins in the gum are carried within engineered lettuce cells. '

A second experimental chewing gum made with bean powder instead of lettuce cells not only traps SARS-CoV-2 particles in lab experiments but also influenza strains, other coronaviruses that cause common colds, and potentially other oral viruses such as human papillomavirus and herpesvirus, according to the paper.

"Because nasal transmission is negligible when compared to oral transmission... chewing ACE2 gum and swallowing ACE2 protein should minimize infection, protect Covid-19 patients and prevent transmission," said research leader Dr. Henry Daniell of the School of Dental Medicine at the University of Pennsylvania.

Add loss of hair and libido to the symptoms associated with long Covid, UK researchers warn.

They compared nearly half a million people who recovered from SARS-CoV-2 infections before the middle of April 2021, without having been hospitalized, with nearly two million uninfected people of similar age, gender and health status. Overall, 62 persistent symptoms were significantly associated with SARS-CoV-2 infection after 12 weeks, the researchers reported on Monday in Nature Medicine.

Among the most common were shortness of breath, smell distortions, chest pain and fever, but the study also identified memory problems, inability to perform familiar movements or commands, bowel incontinence, erectile dysfunction, hallucinations, and limb swelling as being more common in people with long Covid. Compared to the uninfected group, those in the infected group were nearly four times more likely to report hair loss and more than twice as likely to report ejaculation difficulty or reduced libido.

The odds of developing long Covid were higher in younger people, females, and racial minorities, the researchers found.

"This research validates what patients have been telling clinicians and policy makers throughout the pandemic, that the symptoms of long Cpvid are extremely broad and cannot be fully accounted for by other factors such as lifestyle risk factors or chronic health conditions," study leader Dr. Shamil Haroon of the University of Birmingham said in a statement.

New technology for performing the gold-standard test for SARS-CoV-2 infection weighs just 2 pounds (0.9 kg) and gives results in 23 minutes rather than the usual 24 hours, according to researchers.

PCR, or polymerase chain reaction, testing is rarely done at point-of-care settings like doctors' offices or pharmacies, because the traditional equipment is bulky and expensive and requires trained operators. PCR involves thermal cycling, a process of heating and cooling that creates the conditions necessary for identifying genetic material from the virus in the sample.

The new prototype employs smaller optical components and a new way to heat the sample: so-called plasmonic thermocycling, which uses infrared radiation of metallic nanoparticles to generate heat from inside the vial instead of using standard heating methods from the outside.

"The method could rapidly detect SARS-CoV-2 RNA from human saliva and nasal specimens with 100% sensitivity and 100% specificity, as well as two distinct SARS-CoV-2 variants," the researchers reported on Monday in Nature Nanotechnology.

The smaller, faster devices "should really move the needle on delivering rapid and accurate molecular clinical diagnostics in decentralised settings," said study coauthor Mark Fasciano of biotech startup Rover Diagnostics, which is developing the technology in collaboration with researchers at Columbia University.

"Thermal cycling... can now be sped up and clinicians and patients alike won't have to wait so long for results."