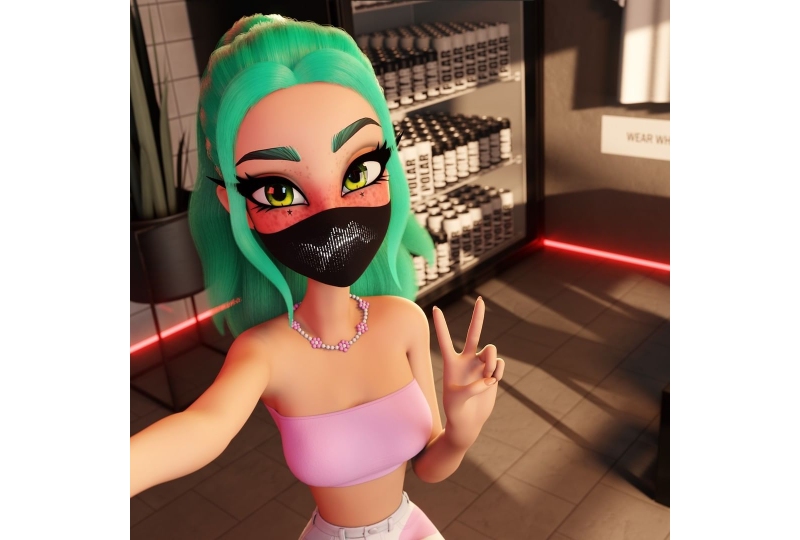 After headlining a festival in the metaverse, virtual singer and influencer Polar has ambitions to perform in the real world - drawing inspiration from the avatar concerts pioneered by Swedish pop giants ABBA, the digital team behind her says.

The creation of media company TheSoul Publishing, Polar currently exists only in virtual world environments and on social media.

Her career took off in 2021 when she performed her debut single "Close To You" in the video game "Avakin Life", and she has 1.6 million followers on TikTok and a YouTube channel with more that 500,000 subscribers.

"I want to perform a live show in a real venue in front of my real world fans. It may not be as far away as people think," Polar said in answer to a question submitted by Reuters.

Potrel said that, while the focus was on the huge audience in the metaverse, her team were considering options for possible real events too.

"ABBA is doing a series of concerts where they are a hologram on stage, and we think that that's a type possible - to also bring Polar to the real world in this way," he said.

"So definitely we are looking at design possibilities and potential."

As regards the merging of digital and real world spaces, in the future Potrel thinks we will see more fluidity.

"Maybe you will not always know ..if you're in front of the virtual artist or the real artist," he said.