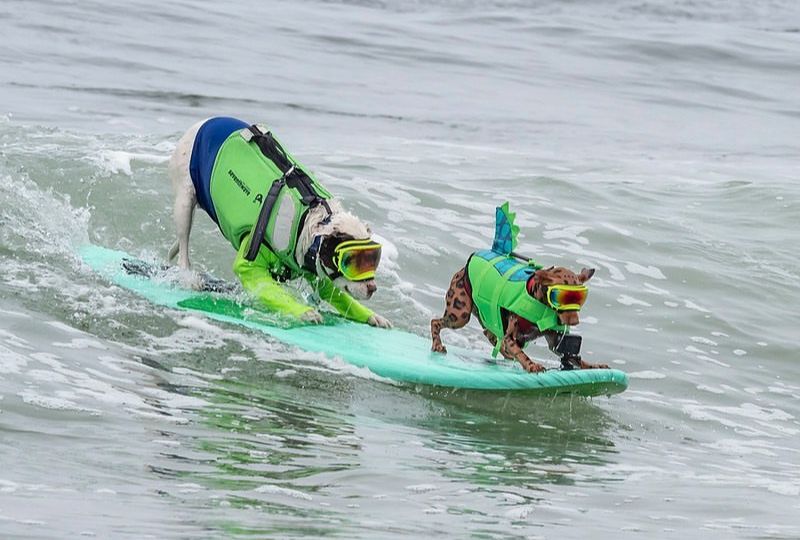 Dogs at the World Dog Surfing Championship. (Photo from Instagram)

Man's best friend has a new hobby, and it's apparently surfing!

Dogs of all breeds, shapes and sizes are taking to the waves in California for this year's World Dog Surfing Championship.

The very first Surf Dog competition in history was conceived and proposed by the author of the book - 'The Dog's Guide to Surfing'.

After approaching a local Southern California hotel to host the competition, the debut event took place at the Loews Coronado hotel in San Diego in 2006.

The event's success was so great that it has spawned similar dog surfing events across the world, including many in California, Florida, Australia, and the United Kingdom.

The event, which took place on August 6, saw over 15 dogs get prizes in various categories.

The overall winner of the competition was a 13-year-old dog from Santa Cruz called Skyler!

This winner 🏆 of this year’s @WorldDogSurfing Championships is from the Bay Area! 13-year-old Skyler is from Santa Cruz. When she’s not shredding waves 🏄‍♂️ 🌊 she’s serving as a therapy dog 🐕 What a good girl! pic.twitter.com/mdBdSnezZd