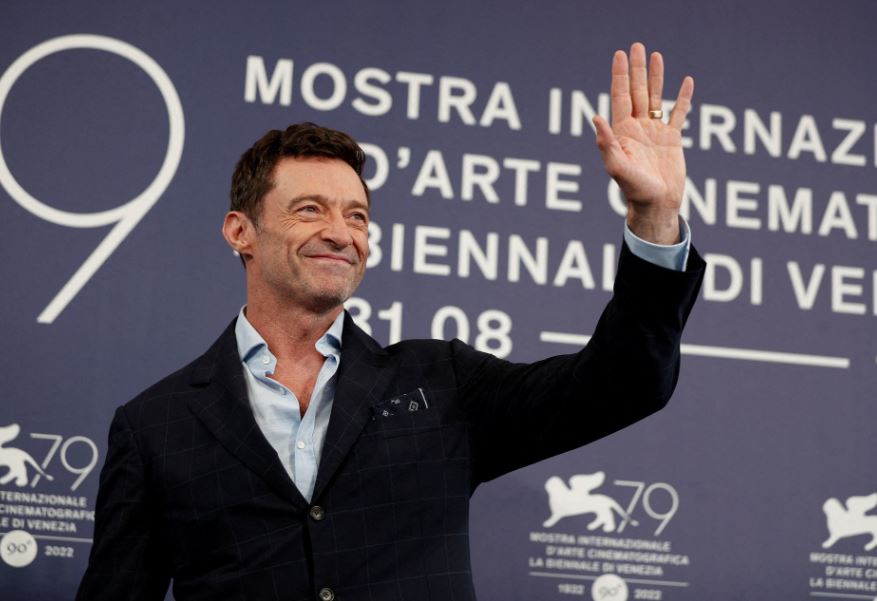 Australian actor Hugh Jackman revealed on Thursday that he was so anxious to play the father in a film called 'The Son' that he sent an email to the director-writer Florian Zeller asking for the part.

Stars like Jackman, who featured in the 'X-Men' series, normally get bombarded with requests to take on new roles, but he said he felt he had to take the initiative when he read the script of Zeller's 'The Son', which was originally a stage play.

"I said 'I don't know if you are dancing with anyone else. I am not the kind of person to cut in on a dance, but if you are not, I would love to play the part'," Jackman told reporters ahead of the movie's world premiere at the Venice Film Festival.

"When I read 'The Son' it was a feeling like a fire in my gut. It was a compulsion," he added.

Zeller, a French playwright and novelist who wowed the film world with his 2020 feature debut 'The Father', said he was "touched" by Jackman's humility and organised an initial Zoom call with him during the Covid lockdown.

"I was not planning to make any decision and after eight minutes I offered him the part," he said.

The film shows divorced parents, played by Jackman and Laura Dern, desperately struggling to deal with the mental breakdown of their 17-year-old son, played by newcomer Zen McGrath.

"Every parent can relate to being terrified about what the hell to do," said Jackman, who has two children.

"Since this movie I have changed my approach. I share my vulnerabilities more with my 17- and 22-year-olds. I see their relief when I do," he said.

Thinking they are doing the best for their son, the mother and father make matters much worse for him, highlighting how many families are incapable of dealing with the growing scourge of mental health problems.

Research has shown how the Covid emergency has accelerated an already serious problem, with the prolonged lockdown weighing heavily on the stability of adolescents around the world.

One recent survey found more than a third of high school students surveyed in the United States experienced stress, anxiety or depression, and nearly a fifth said they seriously considered suicide during the pandemic.

"This mental health issue is a crisis everywhere in the world. No one is immune to it," said Jackman. "This is something that we need to talk about and come together on," he said.

'The Son' is one of 23 films competing for the main Golden Lion award which will be handed out on September 10.