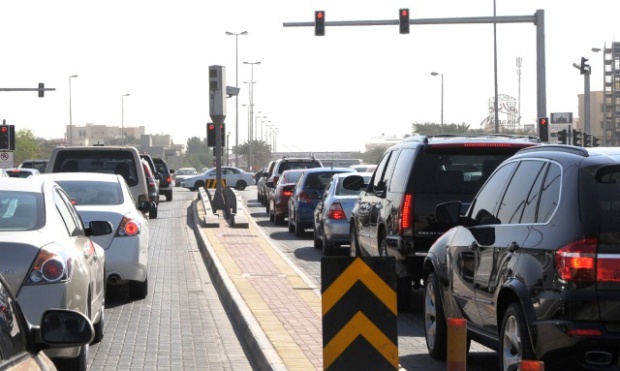 I CAME across a news item recently that said the General Directorate of Traffic issued 3,752 tickets for vehicles using the emergency lane since the beginning of the school year.

This is surely a very high number but, here again, the violators were quick to justify their behaviour saying they were in a hurry to reach their workplace after dropping off their children. Some of them even went to the extent of saying Bahrain’s streets are always overcrowded, leading them to commit those violations. It’s sad there are a million excuses for not following the rules because these are unacceptable.

I have seen in many countries everyone adheres to traffic rules in spite of the rush hour congestion simply because they adhere to the law and because of their conviction that respect for the regulations is above everything else.

Traffic authorities are making top efforts with educational and awareness campaigns but unfortunately many drivers do not adhere to them, necessitating fines and other penal action because it is well known that violators can be tamed only with the force of the law.

This large number of fines is a dangerous indicator and proves not only ignorance and disrespect but also recklessness of the people towards the system.

A traffic official I spoke with said a woman employee, who is always late to reach work, put the blame squarely on traffic congestion. This is so not true and not rational. One should only be leaving home that much earlier to be on time.

Sadly, again, we lack planning and have no respect for time but always put the blame on others, not realising we are ourselves at fault.

I hope that we correct ourselves and follow proper behaviour in all aspects of life. Unfortunately, we do not want to learn or educate ourselves but continue to justify or blame others.