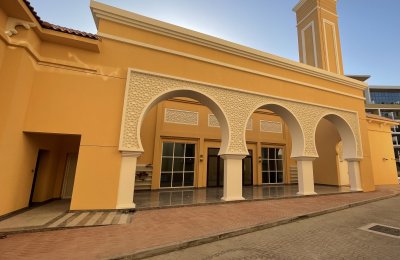 Master developer Nakheel has announced plans to open a new mosque at Circle Mall within Jumeirah Village Circle in Dubai. This opening tomorrow (April 8) coincides with the soft launch of Circle Mall in JVC.
Designed to reflect contemporary Andalusian style and featuring a dedicated area for female worshippers, the mosque is positioned on the north-eastern side of the community, close to hundreds of residences and easily accessible from Hessa Street, said the statement from Nakheel.
There is also onsite parking with direct access from Circle Mall’s basement level car park, it added.
According to Nakheel, this is the third mosque to open at JVC, with another four in the pipeline.
Around 95,000 people currently live at JVC, where Nakheel has delivered over 700 villas, 33 landscaped parks and Circle Mall. In addition, more than 440 commercial, residential and hospitality developments by third party investors are either complete or under construction at the community.-TradeArabia News Service