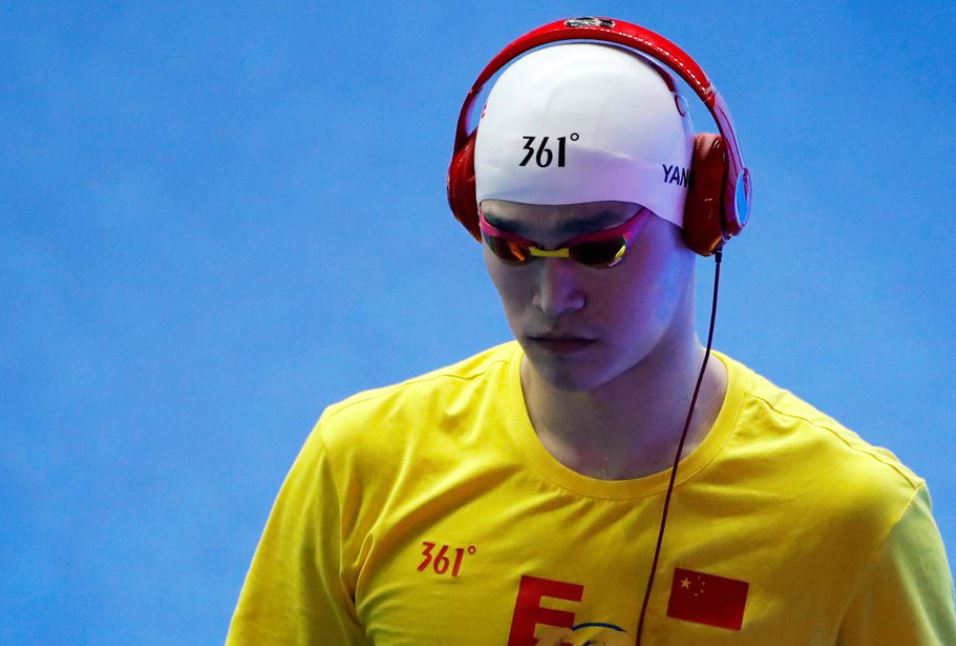 HONG KONG: Chinese swimmers have struggled to escape the shadow of suspicion since a spate of doping cases in the 1990s and the four-year ban handed out to triple Olympic champion Sun Yang will only bring them added scrutiny in Tokyo, former Olympians have told Reuters.

The ban dished out to Sun, the pride of Chinese swimming, is fodder to those who had long harboured suspicions about the country's programme due to its patchy doping record.

China's swimming programme has seen its reputation tarnished by a series of scandals, most notably when one female swimmer was caught with 13 vials of human growth hormone at Sydney airport ahead of the 1998 world championships in Perth.

Beijing has since pledged to weed out drug cheats and the Chinese Swimming Association has regularly stated its resolute opposition to the use of banned substances.

The CSA did not respond to Reuters requests for comment for this article.

The scandals have often left Chinese swimmers dealing with questions over their performances.

No sooner had teenager Ye Shiwen stepped out of the London pool after setting a world record to win gold at the 2012 Olympics did the allegations begin to swirl.

Just 16 at the time, Ye, who has never tested positive for doping, was forced to fend off questions and insinuations of cheating, and accused her critics of being biased against Chinese athletes.

"My results come from hard work and training and I would never use any banned drugs,” she told reporters in London. “The Chinese people have clean hands.”

She did not respond to Reuters requests for comment for this article.

Multiple Olympic and world champion Sun did not test positive for a banned substance but the Court of Arbitration for Sport suspended him in June after he and members of his entourage were found to have smashed vials containing blood samples taken at an out-of-competition test in September 2018.

Sun, who also served a three-month ban for a doping offence in 2014, questioned the credentials and identity of the testers and has consistently proclaimed his innocence. He will be free to swim at the next Olympics in Paris in 2024.

Sun's lawyer Zhang Qihui said the swimmer was the victim of a "political position in an international struggle," according to a statement on his social media Weibo page.

"It is a pity for China and even the world that such an extremely talented athlete has fallen into the hands of an international organisation controlled by some people," he said.

Zhang did not specify which organisation he was referring to.

Sun and Zhang did not respond to Reuters requests for comment.

A former Olympic swimmer who retired after the Rio Games and did not want to be named due to the sensitivity of the issue said it was hard to change perceptions about the country's swimming programme due to the scandals.

"The Chinese are definitely vilified. For athletes from other countries, you don't get people accusing the whole country of doping," he said, adding that doping is extremely prevalent across many different countries.

They also said Sun had been portrayed in a less favourable light over his doping allegations compared with athletes in similar positions from countries such as Australia and the United States.

Some fellow swimmers such as Britain's Adam Peaty had called for a lifetime ban for Sun, while Australia's Mack Horton refused to share a podium with him after the Chinese swimmer won the 400m freestyle at the 2019 world championships.

Former Olympic champion Matt Biondi said he did not believe there was anti-Chinese sentiment in the sport but that the culture was very different and more formal.

"I don't think the Chinese do themselves any favours," said the American, now the manager of the newly launched International Swimmers Alliance.

"They very much keep themselves isolated and so it sort of is reflective of the opinion of the outside world. I think basically people feel as though they have tried to beat the system with drugs and so that's not right."

Chinese netizens have mostly rallied around Sun since his ban, lauding the triple Olympic and 11-times world champion for all his achievements as the 29-year old vowed to persist with his career.