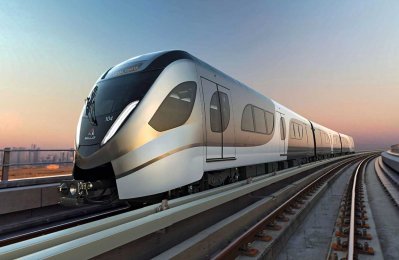 Oman is planning to set up a light metro network linking the cities of Ruwi and Muttrah to the airport and Seeb, said a report.
The metro will be one of the main transport arteries of a new, revitalised Muscat, which will have Ghala as the centre of its commercial activities, having been drawn up under the Oman National Spatial Strategy (ONSS), a blueprint that looks at the planning of the country’s cities for the next 20 years, reported Times of Oman.
Under this plan, multi-use areas will be set up around the various metro stations for developments such as offices, retail stores, and residential areas.
Also special financial and regulatory incentives will be given to certain sites such as the airport zone and Ghala, research facilities in places such as Al Khoud and Halban, and industrial zones in Misfah and Rusayl to attract investments and promote growth, stated the report.
Wadis in Muscat are also to be turned into pedestrian walkways and parks, to provide people in the city opportunities to lead healthier lives, it stated.
Alongside the metro, revised transportation plans include a passenger rail service that will connect Seeb to Sohar, the capital of the North Al Batinah Governorate, the report added.