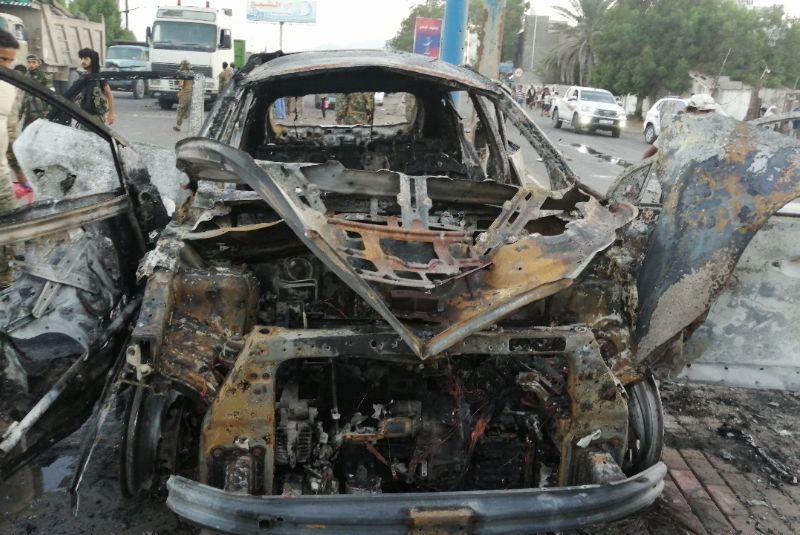 A security man inspects the wreckage of a car at the site of an explosion that killed a journalist in Aden, Yemen November 9, 2021.

ADEN: A pregnant Yemeni journalist was killed in a car explosion in Aden on Tuesday, witnesses and medical sources said, in the latest incident of violence in Yemen's southern port city.

Sources said they both worked for a Gulf-based television channel, but it was not immediately clear which one.