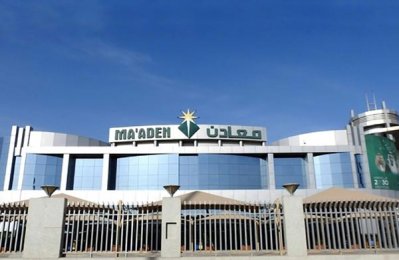 Saudi Arabian Mining Company (Ma’aden) has announced the opening of a new state-of-the-art fertilizer terminal in the African nation of Malawi in co-ordination with its African subsidiary Meridian Group.
The Liwonde Terminal is strategically located on the rail line connecting Malawi to the deep-sea port of Nacala in Mozambique, allowing for high access to Ma’aden’s fertilizer products across central and southern Africa.
According to Maaden, the state-of-the-art terminal is equipped with a 15,000 sq m under-roof facility, a 40,000 metric tonne (MT) storage capacity, a 2,400 MT per day blending capacity, an annual bagging capacity of 10 million.
The Liwonde faclity boasts a total production capacity of 360,000 MT per year.
The opening was held in the presence of Malawi President Lazarus Chakwera and the Senior Vice President of the Phosphate Business Unit at Maaden Engineer Hassan Al-Ali along with several dignitaries including the Malawian Minister of Finance, the Malawian Minister of Agriculture, Irrigation and Water Development, and other members of parliament.
The Saudi group said the opening of this new Liwonde Fertilizer Terminal is expected to contribute to its export growth to Africa as it will provide access to a steady supply of high-quality fertilizer to over 5 million small-hold farmers in Malawi and Zambia, and subsequently, improve food security on the African continent.
The Malawian officials commended Ma’aden for its investment in the country's development through the contribution to the establishment of the new fertilizer terminal.
The new terminal is powered by cutting edge technology, including a cloud-based logistics supply chain management system and an advanced on-site laboratory for rapid and accurate fertilizer testing. The terminal also uses sustainable and renewable energy solutions to reduce CO2 emissions, it added.
The Saudi group continues to focus on enhancing its operations and capitalizing on its capabilities to serve the global phosphate market with value-oriented, globally diversified, and resilient agribusiness products.
According to Maaden, the terminal will cement its strategic position in one of the world’s fastest growing agricultural regions and complement its strategic initiatives in Africa, which include the Saudi firm's acquisition of Meridian Group in 2019.
Ma’aden said its mine-to-market fertilizer business consists of three mega production plants in Saudi Arabia - Wa’ad Al Shamal Industrial Minerals City in the North, another at Ras Al Khair Industrial City on the East coast, which is a phosphate and bauxite processing super-hub; and the Phosphate 3 expansion, which will add over 1 million tonnes ammonia production—to reach 3.3 million tonnes—and 3 million tonnes of different fertilizer production capacity, to achieve a total production capacity of more than 9 million tonnes per year.
"In record time, Ma’aden has become the third pillar of Saudi industry and the leading multi-commodity company for the development of the Saudi mining and minerals industry, and among the fifteen largest global mining companies," said a company spokesman.
"Ma'aden is a key driver of Saudi Arabia's position as one of the top three global producers and exporters of fertilizers and a key player in the stability of global food security," he added.-TradeArabia News Service