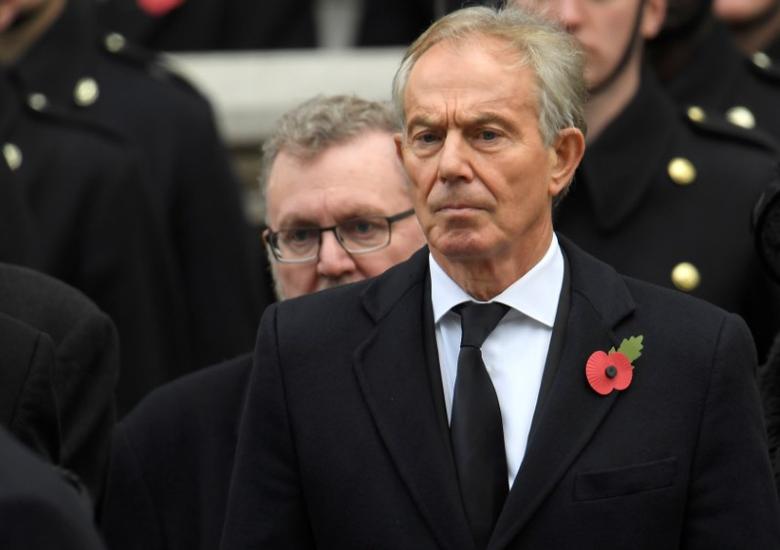 LONDON: A petition demanding that Tony Blair be stripped of his knighthood has reached its goal of one million signatures.

The petition, set up by former soldier Angus Scott at New Year, claims that the former Labour Prime Minister had been the cause of ‘irreparable damage’ to the constitution of the UK – and ‘the very fabric of the nation’s society’.

Blair has been made a Knight Companion of the Most Noble Order of the Garter – the most senior form of knighthood, which has been bestowed upon all bar one of his predecessors in the Queen’s reign.

The Change.org petition, which accuses Blair of being ‘personally responsible’ for the death of ‘countless’ civilians and servicemen, hit the 1m signature benchmark on Friday.

But unlike the New Year’s Honours list, which is drawn up by the government for the Queen’s approval, the Order of the Garter is bestowed as a personal gift by the monarch herself.

The Honours Forfeiture Committee, which can remove honours for those involved in scandals, cannot recommend the removal of knighthoods handed out in this way.

Among those to back the petition was the mother of a teenage soldier killed in Iraq.

Gordon Gentle, 19, was serving as a Royal Highland Fusilier in 2004 after Blair sent UK troops there the previous year.

His mother Rose Gentle, 58, slept in a tent outside Downing Street in a bid to get answers from Blair and believes she was snubbed by the then-PM.

Gordon, from Pollok, died when a bomb planted by the side of a road in Basra detonated as his Land Rover passed.

Four years later a Coroner ruled that an Army logistics failure meant that electronic jamming equipment which should have been fitted to Gordon’s vehicle would probably have prevented the explosion.

Ms Gentle said: “I feel this is a slap in the face for me and all the families who lost someone in Iraq.”

‘What did our sons’ lives mean? The families’ sacrifices mean nothing to Blair.’

She added: ‘This has got to be stopped. I don’t see why he should have this honour – for what? Taking our boys? And now the current Labour leader has come out in support.

“I have added my name to the petition and will be contacting my local MPs and MSPs to have this raised at both parliaments.’

And victims of IRA atrocities condemned Blair’s knighthood over his secret deal to provide ‘get out of jail free’ cards to almost 200 suspected terrorists.