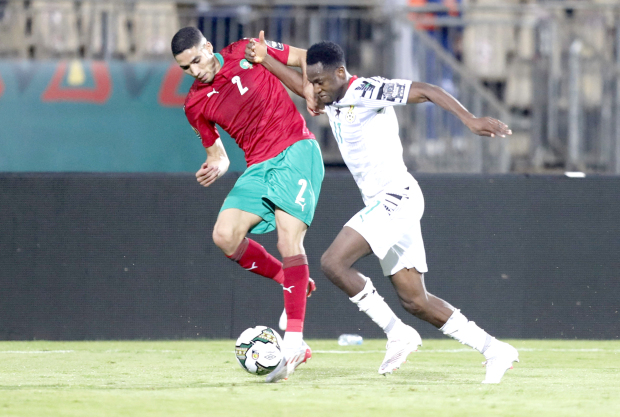 YAOUNDE: Pre-tournament favourites Morocco and Senegal both needed late goals to make winning starts to their Africa Cup of Nations campaigns while Gabon and Guinea were also victors on the second day of the tournament in Cameroon yesterday.

Sadio Mane converted a stoppage time penalty as Senegal grabbed a unconvincing 1-0 win over Zimbabwe in Group B while Morocco also left it late to edge Ghana by the same score in the opening Group C match.

It was hardly a statement of intent from either heavyweight contender, who were the two form teams going into the tournament.

Morocco had won all six World Cup qualifiers they played between September and November while Senegal had five wins out of six in their group, and went top of the continent’s rankings.

But while they dominated Zimbabwe in Bafoussam, it was a largely tepid performance from Senegal, who had only 18 players available because of the novel coronavirus and injury.

Zimbabwe defender Kelvin Madzongwe was penalised for blocking a shot with his hand extended away from his body in the penalty area in a heartbreaking turn of events for his side at the start of Group B action.

Senegal share top place with Guinea, whose left-back Issiaga Sylla scored a first-half goal to steer his side to a fortunate 1-0 victory over depleted Malawi in the second Group B clash at the Kouekong Stadium.

Malawi had 13 members of their squad unavailable following a Covid-19 outbreak in their camp, which meant they could only name four players on the bench that included two goalkeepers.