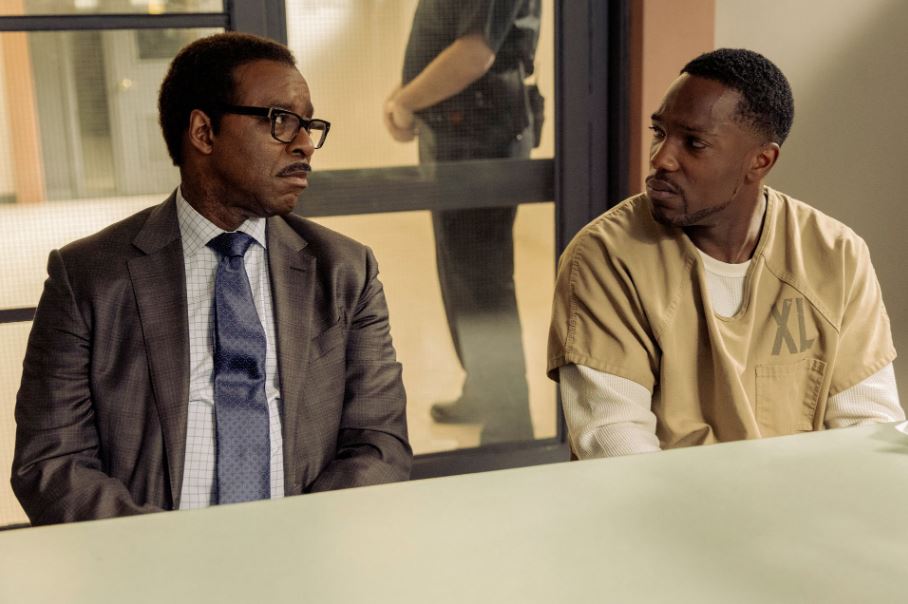 Courtney B. Vance as Franklin Roberts and Tosin Cole as Moses Johnson are seen in a scene of AMC Networks' "61st Street." AMC via Reuters

In AMC Networks' new US television drama "61st Street," Emmy and Tony award-winning actor Courtney B. Vance plays devoted lawyer Franklin Roberts who decides to go all in on a case that could shake the criminal justice system.

Roberts represents Moses Johnson (played by British actor Tosin Cole), a promising Black high school track runner in Chicago destined for success in college. Johnson is wrongfully accused of murdering a police officer, setting the scene for plot twists that lead to a bigger discussion of systemic issues in a marginalised community, including its relationship with the police department, drug wars, prison conditions and access to resources.

"I think everyone can put themselves in that situation and go what if I got into a situation where there was no one to help me," said Vance. "It could be the prison system. It could be the judicial system. If you get in there, people assume you're guilty and they back away from you because it's overwhelming."

The show's first two seasons were shot in Chicago where creator Peter Moffat and executive producers Michael B. Jordan, Alana Mayo and J. David Shanks made sure the show authentically depicted the vibrancy of South Side and its struggles by getting input from residents, community advocates and police officers.

Shanks, a former cop and South Side Chicago native, said he hoped the show would encourage talk about "some really serious issues that I think we as a country have to address as far as policing and the criminal justice system and just the relationships between law enforcement and marginalized communities of colour."

Some of the messages of "61st Street" can also translate across the globe.

"These things do happen in London," said Cole, who grew up in the city. "People feel injustice and still feel like classism is a thing and obviously Black people are a minority there as well. Whatever you feel like you're going through we may feel it as well."