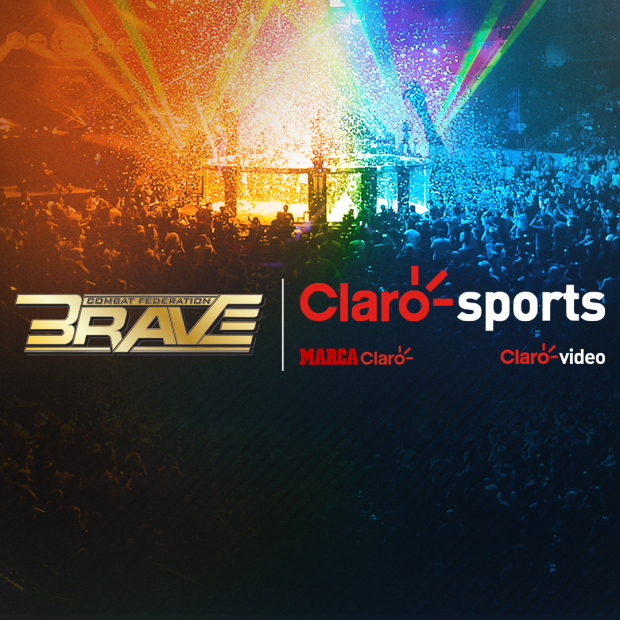 BRAVE Combat Federation has announced a partnership with Claro Sports, a private television channel owned by América Móvil, that will see all BRAVE CF events broadcast throughout the region until the end of the year.

The deal will bring world-class entertainment to MMA fans in the region and help to develop the sport and create MMA stars in Spanish-speaking countries in America, with Elevador Films as part of the project.

BRAVE CF’s vision is to change mixed martial arts from an event business to a sports business and to provide MMA fighters with the opportunity to showcase their talents on a global platform.

The organisation has been to Latin America seven times, with four events taking place in Brazil, two in Colombia, and one in Mexico.

Over 80 Latin American athletes have represented their flags in the global platform provided by the fastest-growing MMA organisation in the world. Tomorrow, Colombia’s Eduardo Mora kicks off an action-packed BRAVE CF 60 when he takes on Nkosi Ndebele in a Bantamweight bout in Bahrain.

Claro Sports is a multi-platform media that airs 24 hours a day, reaching 17 Latin America countries offering content to bring new options and sports disciplines for fans across the region.