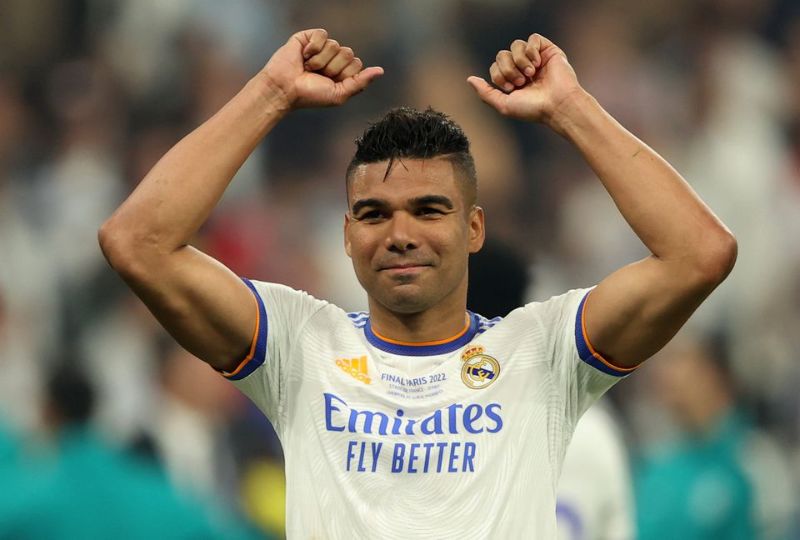 "Casemiro wants a new challenge and we understand his feeling, I do not think there is a way back," Ancelotti told a news conference on Friday.

"I have spoken with him. Casemiro, for what he has done and the person he is, we must respect that desire. The negotiations are ongoing right now, it is not official yet, he is still our player but his will is to leave."

Reuters understands that the 30-year-old midfielder is to sign a four to five year deal at United with wages of around 16 million euros ($16.10 million) per year.

"Real Madrid loses a player that has linked really well with the other midfielders with more quality, (Luka) Modric and (Toni) Kroos. He is important and has been key to Madrid's success," Ancelotti said.

"... If there is agreement, we will wish him the best and look at what we have in the club to replace him."

The LaLiga and European champions signed France midfielder Aurelien Tchouameni in June from AS Monaco with the 22-year-old believed to be a replacement for Casemiro.

"We have Tchouameni but other players that can play in the same position, too," Ancelotti said.

"Tchouameni was one of the best midfielders on the market. Kroos can also play there, like he did in my second year here."