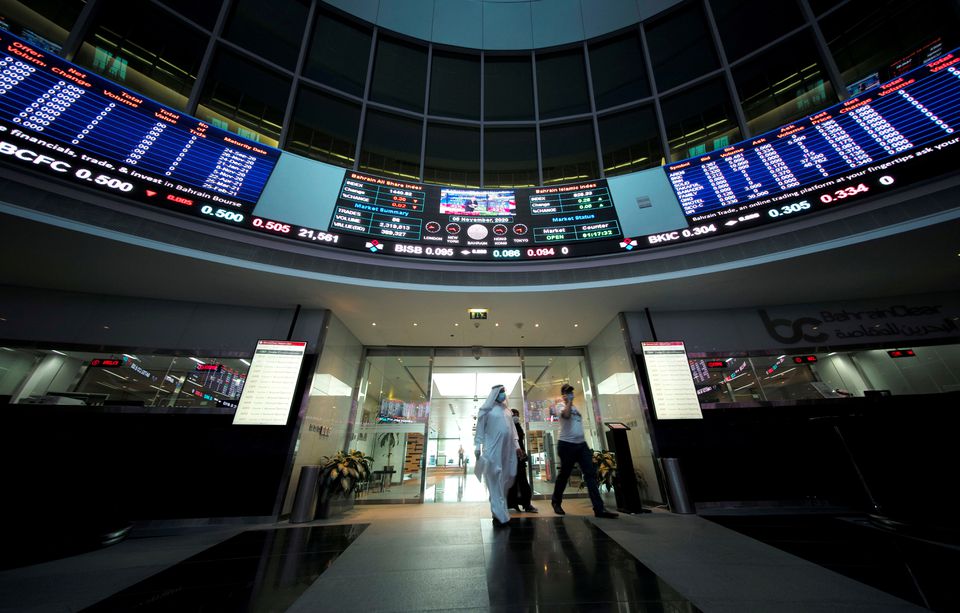 DUBAI: Gulf stocks traded on the back foot yesterday with markets playing it safe as they brace for a series of interest rate hikes this week.

The US Federal Reserve and other major central banks are poised to take more aggressive monetary tightening steps when they meet, which could trigger further capital flight from regional markets.

Governments in the region significantly rely on oil for their revenues and long-term subdued demand for energy is set to have knock-on impact across sectors.

Saudi Arabia’s benchmark index clawed back some early losses and traded down 0.2 per cent on its third consecutive day of decline. Real estate stocks dropped more than other sectors.

Gulf Cooperation Council countries, including the kingdom, are in the firing line of Fed policy moves as five of them have their currencies pegged solely to the dollar and broadly match US monetary steps. Kuwait’s dinar is linked to a basket of currencies believed to be dominated by the greenback.

Dubai equities shed 0.8% after nearly all its sectors slipped into the red and heavyweight real estate shares led the losses.

The Abu Dhabi index fell 0.1% due to weakness in banking stocks.

However, the market received support from Abu Dhabi National Energy Company and Multiply Group, which soared 11.7% and 7.7%, respectively. The duo continue to gain after the latter acquired a 7.3% stake in TAQA group last week in a deal amounting to 10 billion dirhams ($2.72bn).