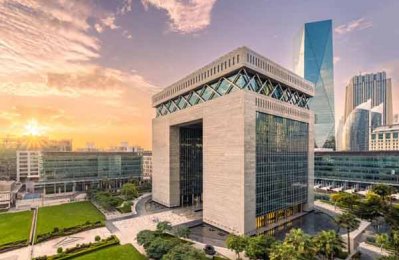 The DIFC Gate building
Dubai International Financial Centre (DIFC), the leading global financial centre in the Middle East, Africa and South Asia (MEASA) region, has granted an operating licence to Sukoon’s Syndicate 2880.
Sukoon will be the first syndicate-in-a-box (SIAB) to operate outside of London with the support of Lloyd’s DIFC. As part of the programme’s evolution, the new entity will now operate under the DIFC platform and exclusively underwrite business on behalf of the syndicate. This unique feature will further strengthen Sukoon’s position and support Lloyd’s Dubai’s plans to develop more regional distribution of capacity.
The new office at DIFC will be led by Amey Masurkar as the SEO and Syndicate Manager. Mike Davies will head International Marine and International Business Development whilst Christopher Wildee will remain the Active Underwriter along with a team of dedicated syndicate underwriters.
Lloyd’s approval
Earlier this year in March, Sukoon and Asta, a third-party managing agent at Lloyd’s, announced that Sukoon’s Syndicate 2880 has received Lloyd’s approval to commence underwriting.
Jean-Louis Laurent Josi, CEO of Sukoon, said: “With the ability to exclusively underwrite business for the syndicate, we will be able to diversify the risks on our balance sheet and further strengthen our position as the insurer of choice in the region. I would like to thank Lloyd’s Dubai, DIFC, DFSA and our partner, Asta for their support in realising this important milestone.”
Christopher Wildee, Executive Vice President of Corporate, Sukoon, added: “Sukoon is looking forward to capturing new opportunities through the syndicate-in-a-box model with Lloyd’s, here at DIFC. I’m delighted by the calibre of the team that has been assembled. They represent the intent, commitment, and endeavour to produce a top performing carrier on the Lloyd’s platform.”
Insurance hub
Salmaan Jaffery, Chief Business Development Officer at DIFC, said: “DIFC is the largest insurance hub in the region, and home to more than 100 registered insurers, reinsurers, captives and insurance-related entities, including Lloyd's. We are committed to growing the sector further by attracting new clients and helping existing clients grow their business. We are particularly keen on promoting innovation such as SIAB, which we think will help augment the talent base and bring additional depth to the industry.”-- TradeArabia News Service