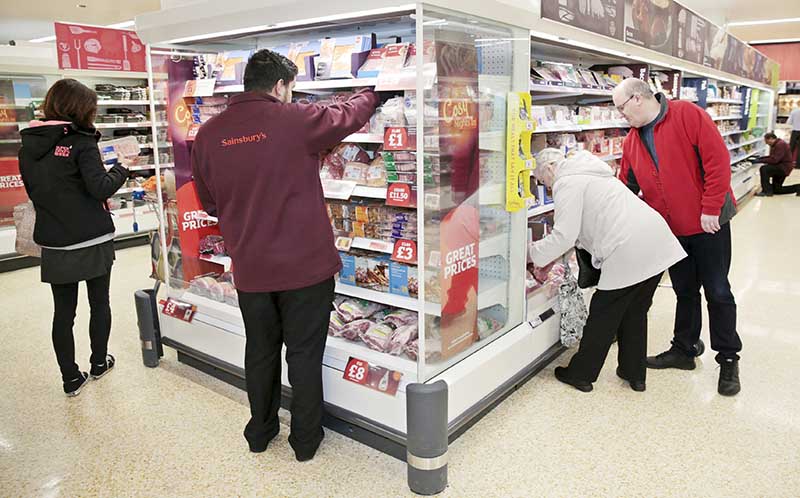 London: British grocer Sainsbury’s is trialling radically different supermarket layouts and an increased range of checkout options as it seeks to respond to changing shopping trends.

All of Britain’s big four supermarkets – market leader Tesco, Wal-Mart’s Asda, Sainsbury’s and Morrison – have seen sales and profits hurt by changes to consumer habits that have stuck since the economic downturn.

Shoppers are hunting for value, cutting waste and turning to discounters, online shops and convenience stores.

Though most people still do their food shopping in large supermarkets, they are increasingly doing smaller shops, more often.

While Sainsbury’s has a thriving and fast-growing estate of 741 convenience stores, it wants to make its 599 core supermarket stores more effective.

“The majority of people still do most of their shopping in supermarkets and that’s a trend that will continue, but we need to make our supermarkets more convenient for people who visit often to do a smaller shop,” chief executive Mike Coupe said on a media trip yesterday to Sainsbury’s revamped 45,000 sqft store in Alperton, London.

Alperton, one of the firm’s six trial supermarkets across Britain, has positioned product which is more immediately consumed, like bakery items, “food to go”, fresh fruit, vegetables and ready meals nearer to the front of the store next to the checkouts, making it more convenient for shoppers wanting to make quick purchases.

The frozen aisle has been moved closer to fresh product to help shoppers choose between similar items, while butcher, fishmonger and patisserie counters have been upgraded to offer more choice. The store also dedicates 30 per cent more space to non-food items, such as clothing, kitchen and homeware.

“It’s laid out in the way that we think customers will increasingly want to shop in the future,” said Coupe.

Sainsbury’s also wants to speed up checkout, a perennial bugbear of British shoppers.

In addition to manned checkouts and self-checkouts for basket shops, the Alperton store offers a small trolley self checkout option and a checkout via an app on a mobile phone.

Coupe said elements of the trial stores will be rolled out if they prove popular.

Sainsbury’s is also trialling a new micro format convenience store opposite its headquarters in Holborn, central London. At just 1,000 sqft it is the grocer’s smallest ever store.

Coupe said the new format would open up more property opportunities if it proved successful.