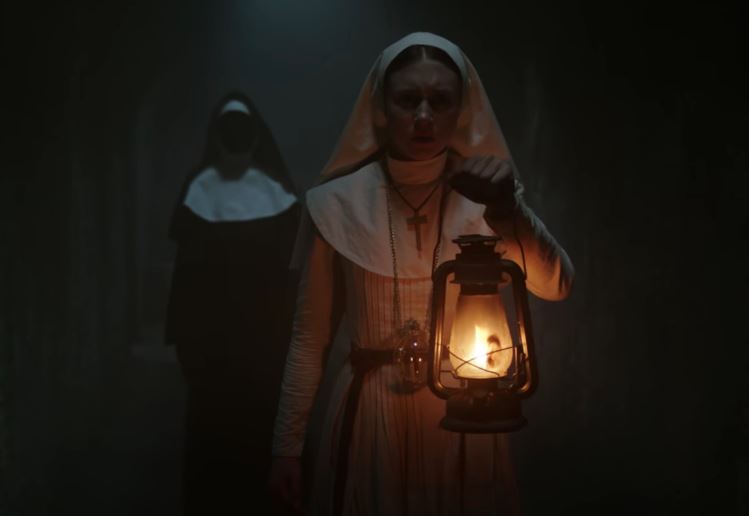 HORROR movies receive either rave reviews, or are dismissed outright. For me, The Nun was an extremely scary and fascinating cinematic experience that haunted me even as I wrote this review.

In the past, fans of The Conjuring Universe have watched the earlier films in the franchise expecting a particular type of horror that sheds light on paranormal researchers Ed and Lorraine Warren and their spooky encounters with demonic beings.

Even the Annabelle spin-offs of the franchise tended to follow the same pattern while mixing classic horror cinematography.

However, here the situation is different as Warner Brothers are letting the audience experience something that is completely new in approach, which is why some saw it as a disappointment, while in reality the film-makers are trying to establish each of The Conjuring’s characters into a separate stand-alone franchise.

The Nun is set in 1952, two decades before the Warrens started their investigations, as a nun commits suicide and a priest, Father Burke (Demián Bichir), and a nun-in-training Sister Irene (Taissa Farmiga) go to Romania to investigate it.

There they encounter the demon, Valak, who has hijacked the countryside Carta Monastery after escaping the sacred lock there after the church was bombed during the Second World War.

They meet a man nicknamed ‘Frenchie’ (Jonas Bloquet) who discovered the body of the nun who committed suicide and later realises that he needs to rescue the two investigators following encounters as he leaves the place.

It is Frenchie who really gives the best performance in the movie with the other most impressive performances coming from the demonic nun Valak played by Bonnie Aarons who terrified audiences in the 2016’s The Conjuring 2.

People who thought the movie’s plot was a mess should realise that it was done in this specific way so that it makes more sense, because it means people would be forced to think about the missing pieces and would be drawn to the cinema each time The Conjuring or any of its spin-offs hits the theatres.

This is what makes The Conjuring Universe a thrill-ride and a must-see each time.