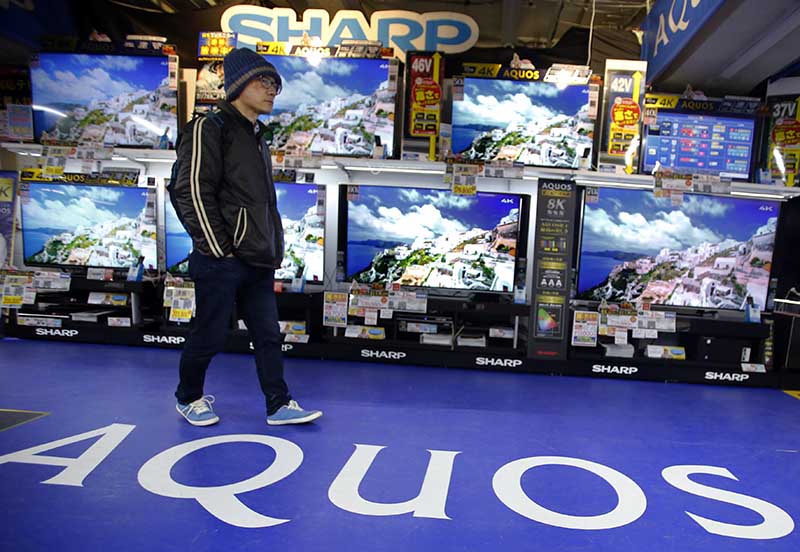 Tokyo: Taiwan’s Foxconn put its takeover of electronics maker Sharp Corporation on hold yesterday after discovering previously undisclosed liabilities, sources said, throwing into doubt what was set to be the biggest takeover by a foreign firm in Japan’s technology sector.

Loss-making Sharp announced earlier in the day that it had agreed to be bought by Foxconn, a contract manufacturing firm that is a major Apple supplier.

But, in a separate statement issued just hours later, Foxconn said it would not sign until it had clarified terms in a “new key document” from Sharp. It did not elaborate.

Sources said the Japanese group had contingent liabilities that amounted to “hundreds of billions of yen”. That issue would have to be resolved before a deal could be finalised, said the sources.

The 11th-hour delay throws into doubt a deal that would have marked the conclusion to five years of courting by Foxconn founder and billionaire Terry Gou and the opening of Japan’s insular tech sector to foreign investment.

The loss-making display maker said earlier in the day that it would issue around $4.4 billion worth of new shares to give Foxconn a two-thirds stake. Foxconn’s investment is set to total more than 650bn yen ($5.8bn), another source said.