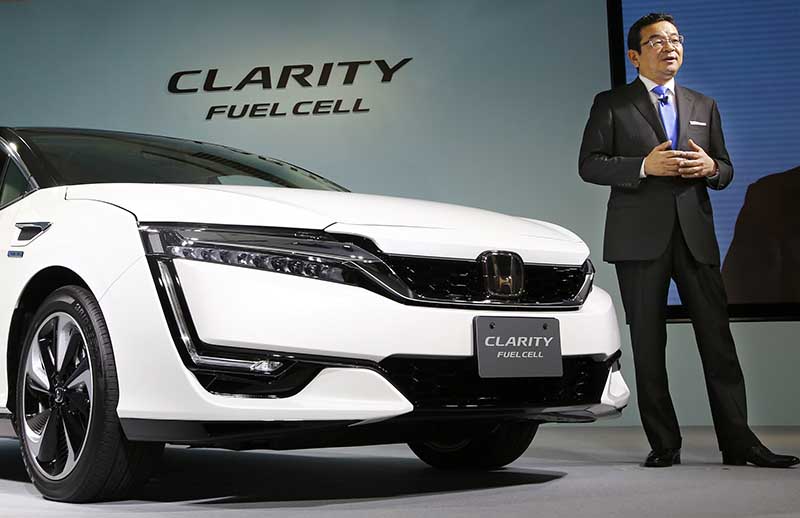 Honda Motor Company president and chief executive Takahiro Hachigo speaks during a Press conference in the media preview of the Clarity fuel cell in Tokyo yesterday.

Honda Motor Company yesterday said that its Japan sales target for the first year is just 200 vehicles, all through leasing to government organisations and businesses.

The new model has a cruise range of 750km on a full tank, which is at the top for a sedan, according to the carmaker.