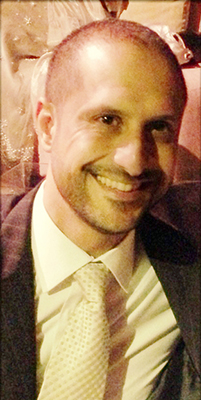 The United States of America. What a country. It’s been called everything from the “Great Satan” to “The greatest country on Earth”, and the truth is probably somewhere in between. It’s always been my favourite alongside Japan and Germany but there’s something very special about the US. It doesn’t have the ruthless demand for perfection that the Germans and Japanese do, but it’s still the best, and maybe that’s why I actually love it the most. It has an elastic sort of strength, depending on priority; it gets tough when it has to and takes it easy the rest of time. In a nonchalant fashion; work hard, party harder. It’s 50 countries in one. It’s the greatest force of innovation and creativity that has ever graced this planet. It’s full of life and colourful characters. Whatta country: The US of A.

In the Islamic world the USA is the country that most love to hate, and in some cases for good reason. What we fail to separate is foreign policy from national identity, and there are some very important things we need to learn from the Americans. As history demonstrates there’s always been a dominant country dictating what happens in its immediate vicinity. Ambitious mankind built empires like the Mongols, Romans, Ottomans, Arabs, British each with its rise and subsequent fall. Bahrain, being a tiny island surrounded by giants is a major American ally and very sensible to be so. What did you expect, that we make enemies of the strongest country in the world? That would just be unwise on many levels. Being an American ally brings protection to our resources and sovereignty, and gives legitimacy and economic strength to our small country. Besides, we share many of their modern ideals and freedoms, God bless our government.

Luckily for us, the US is a cool kind of superpower that has culture, fashion, fun, education, technology, and most importantly human rights. As much as many would disagree, the Americans bring refreshingly cool ideals to our unforgiving scorching landscape of intolerance. Many Arabs perplexingly and sadly seem to enjoy being stuck in the 15th century with a bizarre mentality that perpetuates the unfairness of ancient Arabia exhibiting a demented misinterpretation of Islam. Let’s just ask ourselves, would we rather have an imperialist power like China or Russia be the main superpower? Would we like their version of democracy and communism instead? If we are to be anyone’s ally, let it be someone who truly has freedom, and wants to spread those ideals.

One of the greatest concepts we need to learn from the Americans is the separation of church from state. Thomas Jefferson said: “Congress shall make no law respecting an establishment of religion, or prohibiting the free exercise thereof; thus building a wall of separation between Church and State”. Indeed, the first amendment allows everyone to worship whatever or whomever they like freely, but that freedom shall in no way be imposed upon others through the law or government. What a breath of fresh air. I’m sure that law came about after the newly born USA was sick and tired of the British using the Church to churn out laws that came straight from the Pope, who took them directly from God.

It’s about time Bahrain follows in those footsteps, and our brave Shura council has followed them closely. They promised parliament (who are sadly obsessed with being God’s representatives on Earth) that any attempt they make to enforce laws based on religion or “Sharia” principles will be promptly shot down or vetoed. Another breath of fresh air. It means that we can continue to have freedom of expression, freedom to invest without needing a mulla to approve it, freedom to party, freedom to dress as we like, freedom to drink and smoke, freedom to have mannequins in windows, freedom to have long or short hair, and the freedom to go to the mosque, temple, church, synagogue, or not to go at all. There’s a wall between Mosque and State, and I’m very thankful for it. Thank you USA for your ideals. Thanks for cheeseburgers, the car, the plane, the computer, Hollywood, the Internet, Nasa, rock n roll, the phone, GPS, jeans and t-shirts, Disney, sunglasses, electricity, and mostly thanks for being our ally. And thank you Shura for being cool and free, like a firework on the fourth of July. Happy birthday USA, live long and prosper, and may the force be with you.