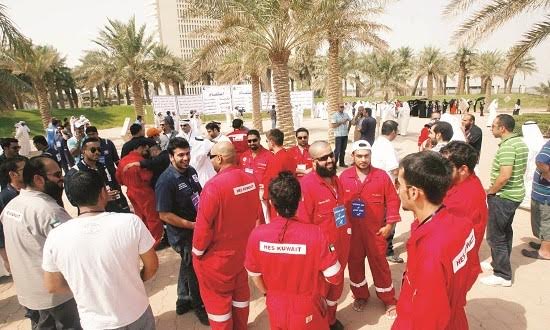 They rejected an offer from the state petroleum company.

The trade unions said that the strike would start at 7am and continue until 3pm.

Oil and gas employees have been instructed to report to the headquarters of the Kuwait Oil and Petrochemical Workers Union in their official uniforms and sign the attendance register.

Kuwait Petroleum Corporation (KPC) and its subsidiaries agreed to temporarily freeze a planned government overhaul of the payroll system and seek a compromise through a joint committee with the workers union, said the spokesman for Kuwait's oil sector, Shaikh Talal Al-Khaled Al-Sabah.

However, the trade unions rejecting an offer from the state oil company to suspend the implementation of public sector pay reforms.

Sources from the trade unions defended their move of strike and said that they don’t fear threats of sacking, reported local Arabic daily Al-Qabas.