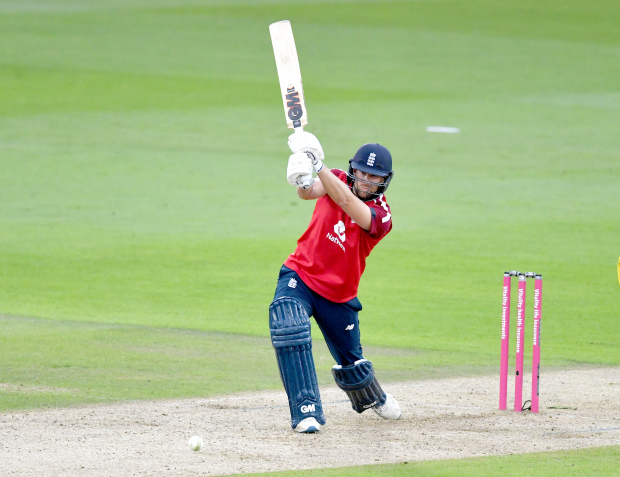 LONDON: England produced a brilliant comeback to beat Australia on the final ball of their first T20 international yesterday after the visitors looked to be cruising to victory in their first competitive match for six months.

England posted 162-7 after 44 from Jos Buttler and 66 for Dawid Malan, but Australia were in command after a brilliant 98-run opening stand by David Warner (58) and Aaron Finch (46).

Steve Smith then hit a quick 18 but when he fell at 124-1 it sparked a clatter of wickets that let England back in the game.

The tourists still looked favourites but tight bowling by Tom Curran and Chris Jordan at the end piled the pressure on and Marcus Stoinis was unable to find the 15 needed from the final over as they ended on 160-6.

The win put England one up in the three-match series.