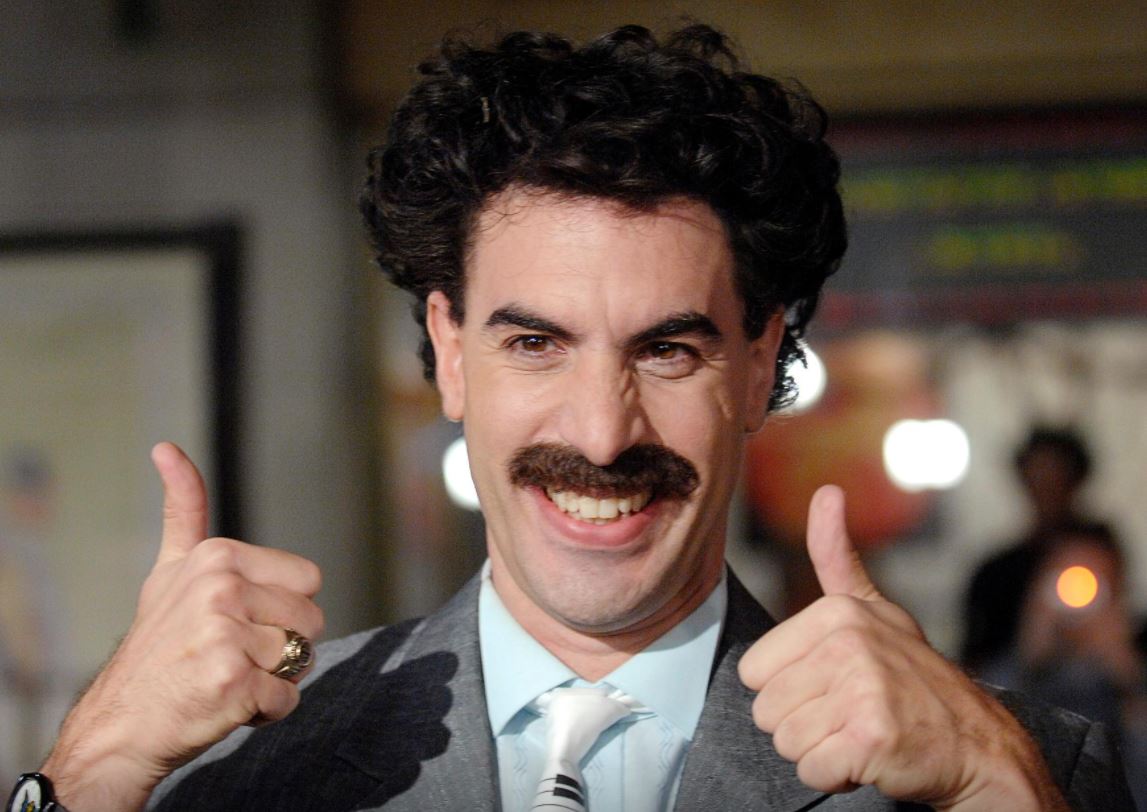 FILE PHOTO: Actor Sacha Baron Cohen, who played the character Borat, arrives for the U.S. premiere of "Borat: Cultural Learnings of America for Make Benefit the Glorious Nation of Kazakhstan" at the Grauman's Chinese Theatre in Hollywood October 23, 2006. REUTERS/Phil McCarten

Los Angeles: In 2006, he shocked the world with his scathing cultural satire of the United States in “Borat.”

Now British comedian Sacha Baron Cohen is back with a mockumentary sequel that is garnering mixed reviews two weeks ahead of the US elections.

“Borat Subsequent Moviefilm: Delivery of Prodigious Bribe to American Regime for Make Benefit Once Glorious Nation of Kazakhstan,” available on Amazon Prime from Friday, sees Baron Cohen back in character as racist, sexist Kazakh journalist Borat Sagdiyev who once again travels to America.

This time, the plot revolves around his attempts to marry off his 15-year-old daughter to Vice President Mike Pence or, failing that, Rudy Giuliani, the former mayor of New York now best known as President Donald Trump’s personal lawyer.

“Sequels don’t come more triumphant, or well-timed, than this,” said the Daily Beast in its review on Wednesday.

Few of the film’s pranks were revealed ahead of the release, but reviewers said they include Cohen gate-crashing a political conference dressed as Trump, a coronavirus quarantine stay with supporters of QAnon conspiracy theories, and visits to an abortion clinic and a debutante ball.

“My aim here was not to expose racism and anti-Semitism,” Cohen told the New York Times last weekend in his only major print interview around the film. “The aim is to make people laugh, but we reveal the dangerous slide to authoritarianism.”

Cohen said he wanted the movie released before the November 3 election because “we wanted it to be a reminder to women of who they’re voting for — or who they’re not voting for.”

While most of the reviews were positive, some found the movie tasteless.