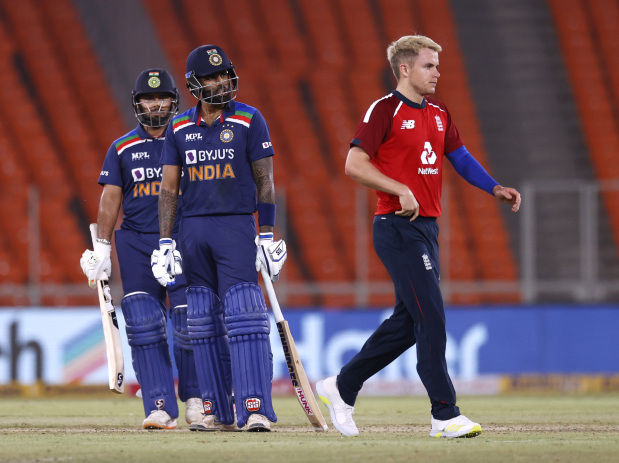 On-field umpires give a 'soft signal' based on their intuition when there is a tight call, making a decision before asking the TV umpire to look at it again from different angles in slow motion.

TV umpires must uphold the soft signal decision unless they have conclusive evidence to overturn it.

Replays of Thursday's incident suggested the ball might have touched the grass but Sharma was not fully convinced and upheld Ananthapadmanabhan's decision.

Kohli said during the presentation ceremony it was impossible for an on-field umpire to clearly see whether a catch taken in the deep was clean or not.

"Why can't there be an, 'I don't know' call from the umpire?" Kohli said after India levelled the five-match series at 2-2.

"Why does it have to be conclusive? These things sometimes can really change the course of a whole game.

"You want these things ironed out as much as possible, keep this game simple, keep it linear, have one set of rules which are not grey areas."

Former India test player VVS Laxman wondered what was the point of "... watching so many replays using top class technology and still go by the soft signal ..."

"I think this rule needs to be revisited and changed," Laxman tweeted.

"It's the 'soft signal' which is odd. Hard for off field umpire to overturn ..." Broad tweeted.