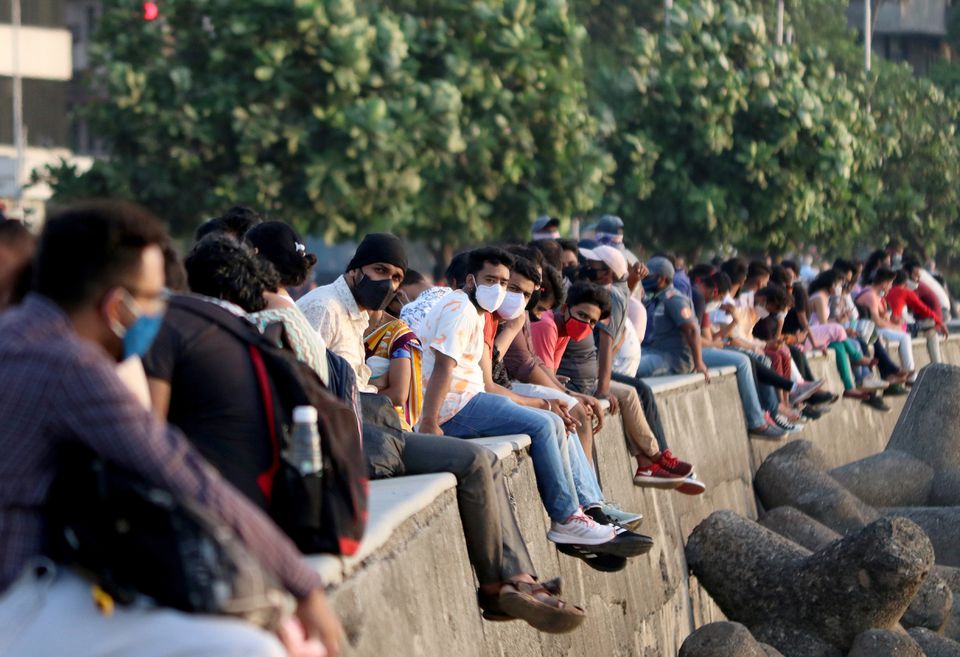 People sit on the promenade at Marine Drive, amidst the spread of the coronavirus disease (COVID-19) in Mumbai, India, April 5, 2021. (Reuters Photo)

India's second wave of coronavirus infections continued to swell as the country reported a record 115,736 new cases on Wednesday, data from the health ministry showed, as the worst hit states battled to contain the spread of the virus.

The total number of cases since the first recorded infection in India just over a year ago now stands at 12.8 million, making it the third worst hit country after the United States and Brazil.

Ominously, the daily increase has topped 100,000 twice this week. The only other country to post such numbers has been the United States.

Daily infections have also passed the peak of the epidemic's first wave, seen in September.

And as the second wave gathered momentum, authorities in many states have ordered new local lockdowns and other curbs to control the spread of the virus, some of whose variants have become more infectious.

"The pandemic isn't over and there is no scope for complacency," Health Minister Harsh Vardhan said on Twitter, urging people to get "vaccinated on your turn and follow Covid-appropriate behaviour scrupulously!"

But many states have criticised the federal government as India, the world's biggest vaccine maker, has restricted its immunisation drive to front-line workers and people aged over 45 years.

States like Odisha have also flagged shortages of supplies even for the prioritised groups.

India has so far administered about 85 million doses to 75 million of its 1.35 billion people.