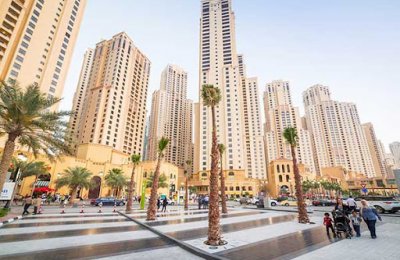 Dubai along with Miami (US) and Moscow (Russia) had emerged as the big three among the 30 cities which recorded the highest levels of rental growth over the first half of 2021 in the World Cities Index compiled by leading global real estate advisor Savills.
The latest report by Savills evaluated the rental values and yields reported for prime residential properties across the globe.
However, the overall results from the report indicate an average increase of just 0.5% across the cities, and a 1.8% drop over 2020 due to global restrictions on travel thereby reducing global demand, stated Savills in its report.
Due to the vast array of development causing a significant oversupply in the market, Dubai rental prices have been on a steady decline over the last six years.
Last year witnessed the worst decline with a 12% drop in rents over the city due to travel restrictions and resulting economic decline caused by the pandemic.
Based on the findings from the World Cities Prime Index Report by Savills, the Dubai market appears to finally be reaching a turning point. Prime rental prices increased by 5% in the first six months of 2021, driven by a 20% increase in rents across certain villa communities, said a top official.
"Rental markets are likely to remain stable for the rest of 2021. Travel restrictions remain in place between key source markets, causing rental prices to recover more slowly than capital values," explained Swapnil Pillai, Associate Director Research at Savills Middle East.
"However, in the long run, prices are likely to gradually appreciate as economic activity gathers momentum and more job opportunities are created. The further easing up of travel restrictions will be a welcome catalyst for growth," he added.