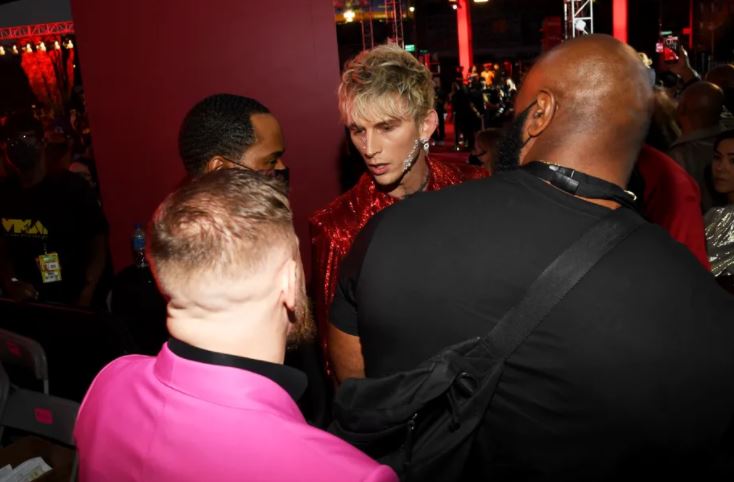 Security personnel at the MTV Video Music Awards in New York had to step in to break up an altercation between MMA star Conor McGregor and American rapper Machine Gun Kelly, which took place even before the event had begun on Sunday.

The celebrities, who had to be separated on the red carpet, nearly came to blows, it was revealed.

Why is Conor trying to fight Machine Gun Kelly at the VMA awards. 😂😂😂😂 pic.twitter.com/MoN9qa9guU

Videos documenting the incident have since gone viral, and TMZ reported the altercation began after Mr McGregor allegedly asked Mr Kelly for a photo, which was denied.

This escalated into the rapper apparently pushing McGregor, which made him stumble backwards while spilling his drink.

McGregor then allegedly threw his drink at Kelly, which escalated the situation as security tried its best to keep them separated.

Conor McGregor throws a drink at MGK on the red carpet (via ig:laurademytrk) pic.twitter.com/H0naCNbMta