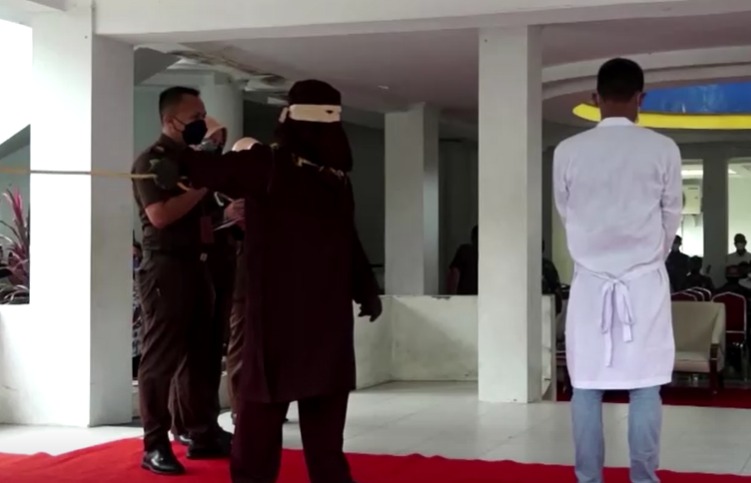 The caning, carried out by Sharia police, was witnessed by an audience including local government officials at Banda Aceh city's local park.

Aceh is the only province in majority-Muslim Indonesia that follows Islamic law and imposes public caning for crimes like theft, gambling and adultery.

Public canings were introduced in Aceh in 2005 and are supported by many Acehnese. However, some members of the provincial legislative council disagreed with the governor's decree, which does not require council approval.