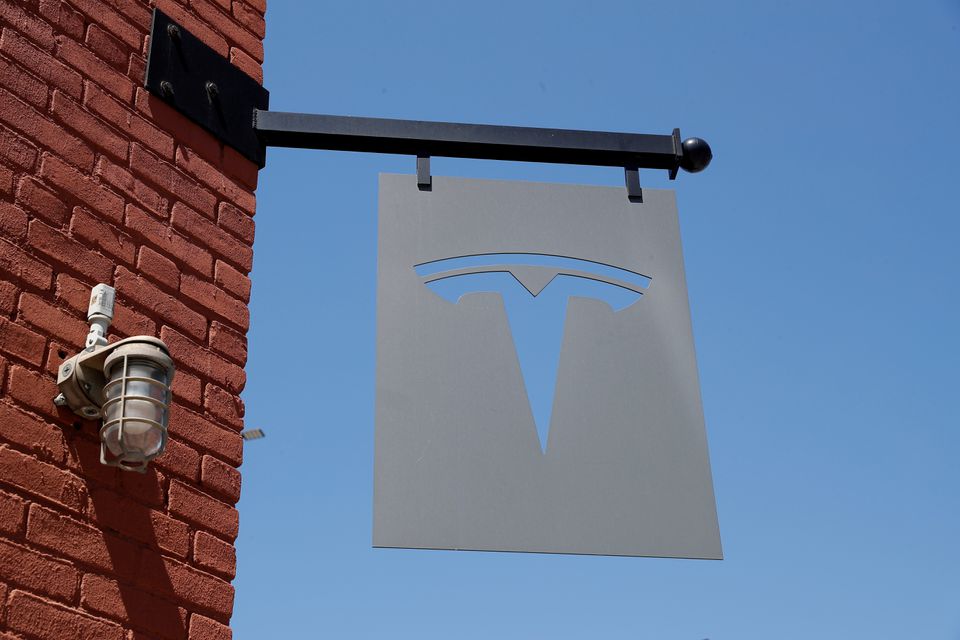 The TESLA logo is seen outside a dealership in the Brooklyn borough of New York City, U.S., April 26, 2021. REUTERS/Shannon Stapleton

The US National Highway Traffic Safety Administration (NHTSA) said it is looking into a consumer report that a Tesla Model Y was involved in an accident while using the company's Full Self-Driving (FSD) Beta software.

The owner of a 2021 Tesla Model Y reported to the auto safety agency that on Nov. 3 in Brea, California the vehicle was in FSD Beta mode "and while taking a left turn the car went into the wrong lane and I was hit by another driver in the lane next to my lane."

The car "gave an alert halfway through the turn" and the driver tried to assume control "but the car by itself took control and forced itself into the incorrect lane," the report says.

The car was severely damaged on the driver's side, the owner added.

"NHTSA is aware of the consumer complaint in question and is in communication with the manufacturer to gather additional information," an NHTSA spokesperson told Reuters on Friday.

Earlier this month, Tesla recalled nearly 12,000 U.S. vehicles because of a communication error that could trigger a false collision warning or an unexpected automatic emergency brake.

FSD is an advanced driver assistance system that handles some driving tasks but Tesla says does not make vehicles completely autonomous. The features "require a fully attentive driver," it says.

Last month, NHTSA raised concerns about how FSD was being used. "Despite Tesla's characterisation of FSD as 'beta,' it is capable of and is being used on public roads," NHTSA said.