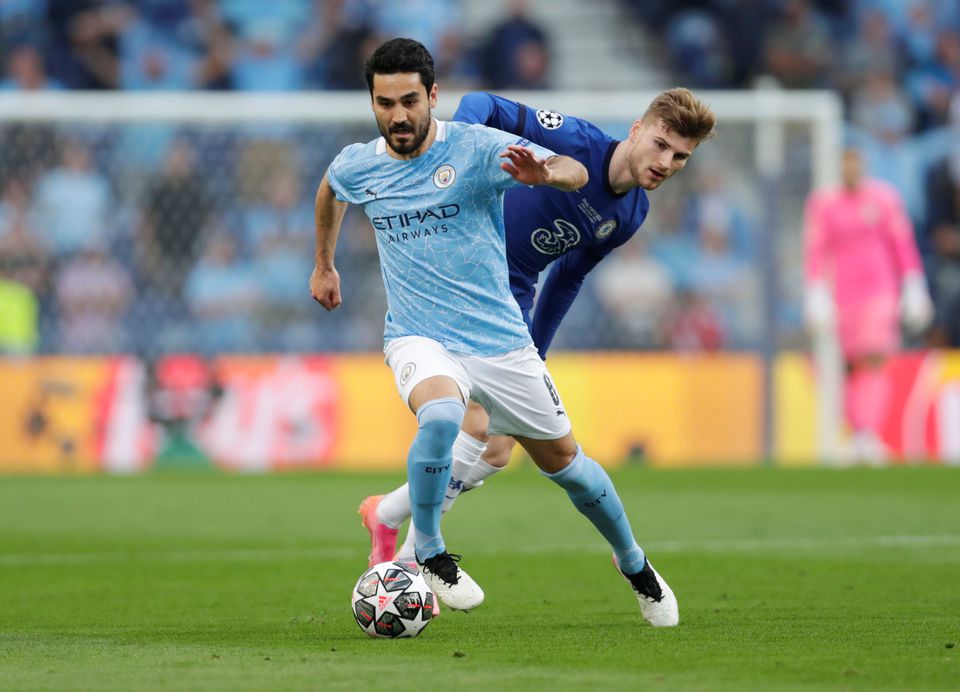 MANCHESTER: Manchester City are determined to return to the Champions League final and will use their disappointment of losing last season’s showpiece as motivation, midfielder Ilkay Gundogan said yesterday.

City reached their first ever Champions League final in May but lost 1-0 to Chelsea, with Gundogan collecting his second runners-up medal having been on the losing Borussia Dortmund side in 2013.

Pep Guardiola’s side can reach the last 16 of this season’s competition tonight when they welcome Paris St Germain in their Group A clash and Gundogan said he is itching to go all the way this time.

“Having that game of the final last season still in our minds will give us some more motivation – even though it’s not needed. Once you’ve been in the final you always want to go back,” the German told a news conference.

“I’ll try my best to get to the final, whether it’s this year or another.

“It’s about that will to go as far as possible and then that combination, of a little bit of luck and the right qualities and players. We can do it, that should be the target for us.”

PSG won their home match against City 2-0 in September. But Guardiola’s side have won all their other games so far and top the group on nine points, one ahead of the French club, in their bid to secure a favourable draw in the next round.

Former Barcelona boss Guardiola knows all too well the threat posed by PSG’s Lionel Messi and said the Argentine forward was still unplayable at the age of 34.

“It’s so difficult. Sometimes when he has the ball, you don’t know what to do – not even he knows,” Guardiola said. “I’m so happy he’s still playing and the level he plays and the quality.”