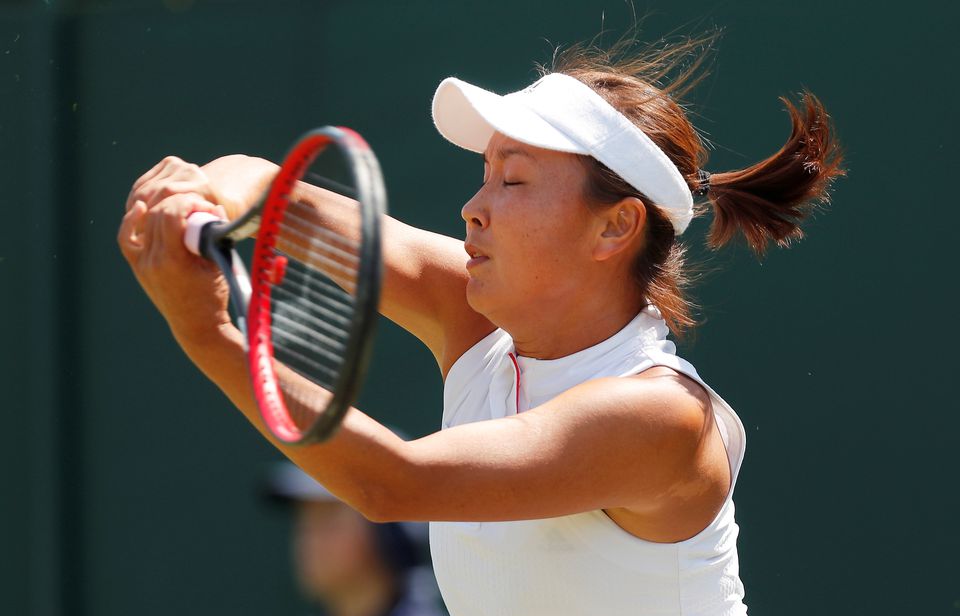 The world's best women's alpine skiers, who will compete at the Beijing Winter Games, expressed concern on Friday over China's treatment of former world number one doubles tennis player Peng Shuai but will be in the start gate fighting for Olympic medals.

Peng was not seen in public for nearly three weeks after she posted a message on social media in November accusing China's former Vice-Premier Zhang Gaoli of forcing her into sex, with her whereabouts becoming a matter of international concern.

Neither Zhang, who retired in 2018, nor the government have commented on Peng's accusation and the topic has been blocked on China's heavily censored internet

Italian Federica Brignone, a 16-time winner on the World Cup circuit, said the Peng situation had taken the joy away from the Feb. 4-20 Olympics while American skiers were tight-lipped.

The US Olympic and Paralympic Committee (USOPC) has made it clear athletes are free to express thoughts and opinions but questions about Peng or China were clearly off limits for American skiers in Lake Louise for the season opening downhill.

Asked about the Peng situation, Mikaela Shiffrin, who is eyeing five medals in Beijing, stepped back and shook her head then added: "Sorry, call me after (the Olympics).

Breezy Johnson, runner-up up to Italian Sofia Goggia in the season opener also steered clear of the subject.

"It's definitely something we talk about, I can't really comment on it right now," said Johnson.

Peng, a three-time Olympian, appeared in mid-November at a dinner with friends and a children's tennis event in Beijing, photographs and videos published by Chinese state media and by the tournament's organisers showed.

The International Olympic Committee (IOC) said it had held a second video call with the 35-year-old on Wednesday following one late last month.

Most skiers when asked about Peng said they were aware of escalating tension between China, the IOC and athlete and human rights groups but had been focused on the start of the speed season and were not aware of the details.

"I hope they can find the girl and I hope it's not what everyone's thinking," said Brignone. "I was really excited to go to China at the beginning, I was excited to see a new place, new cultures.

"But then with all the situation with the virus and how they have to control everything I think it is going to be really hard.

"For me it is not a big problem. I have been to three Olympic Games and I know how beautiful and how fun it is.

"This time for a month it will be like a month in prison, for me."

While most voiced support for Peng, many skiers felt it was up to sport federation officials and governments to sort the matter out and not the athletes.

"For sure we are aware of it," said Norwegian downhiller Ragnhild Mowinckel. "The Norwegian ski federation and everybody now we take a stand against limiting freedom of speech which is important.

"But at the same time it is hard for us athletes to get involved.

"We chose to go to China, that was the decision and in that way it is what it is.

"It is troubling but at the same time you have to put the searchlight on the leaders and not us athletes."