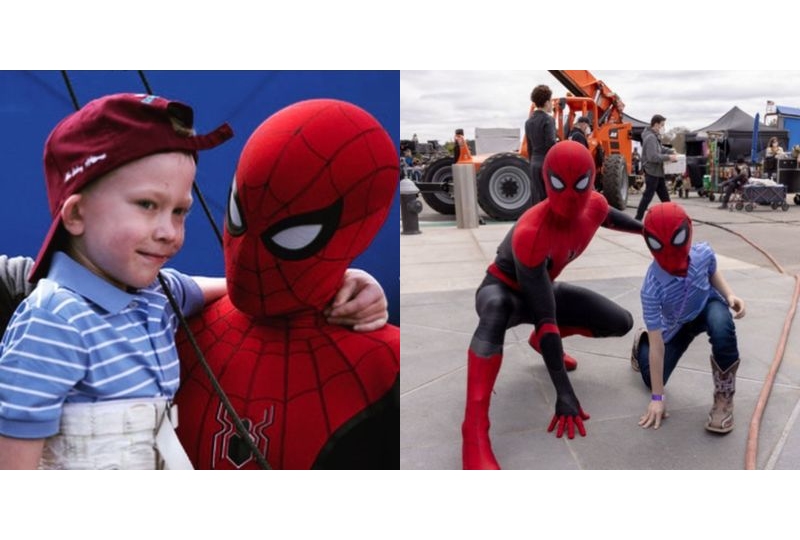 Bridger Walker, a six-year-old boy who heroically saved his younger sister from a dog attack in 2020, was invited onto the set of 'Spider-Man: No Way Home' to hang out with actors Tom Holland and Zendaya.

Walker was attacked by a german shepherd when he jumped in to save his sister from the dog.

He underwent surgery that required more than 90 stitches.

When asked why he jumped between his little sister and the animal, Bridger reportedly said, “If someone had to die, I thought it should be me.”

Hearing that the little superhero is an avid Marvel fan, Tom Holland in July 2020 promised to invite him and his family onto the set of 'Spider-Man: No Way Home'.

Robert Walker, Bridger's father, shared pictures and videos of his family from the set.

Bridger is seen posing and swinging with Holland in his Spider-Man costume.

“When we first arrived on set, I was a little apprehensive that once the “curtain was pulled back” that the magic of the movies would be lost for the kids. The opposite was true! ... the entire cast/crew made our kids feel like stars.  They don’t just act the part of friendly neighbourhood heroes - that’s what they truly are.” said Robert in his Instagram post.