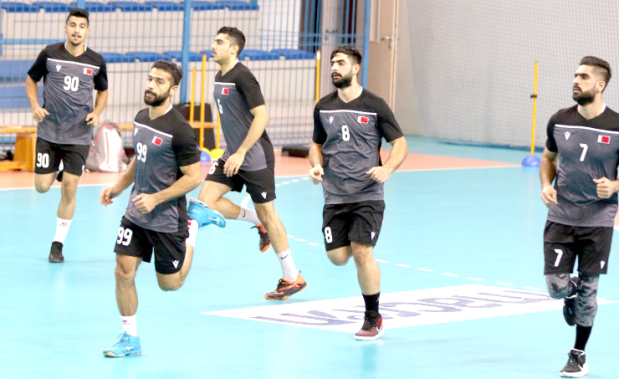 Bahrain players are ready for the 2022 Asian Men’s Handball Championship which opens tomorrow in Saudi Arabia.

Bahrain’s national team will head today evening to Dammam in the Eastern Province to take part in the Asian competition which runs until January 31.

The championship will serve as a qualifying event for the 2023 IHF World Men’s Handball Championship.

The world championship will be held in Poland and Sweden from January 12 to 29, 2023.

Bahrain will take on Vietnam, Uzbekistan and Hong Kong tomorrow, Wednesday and Thursday respectively in the group phase.