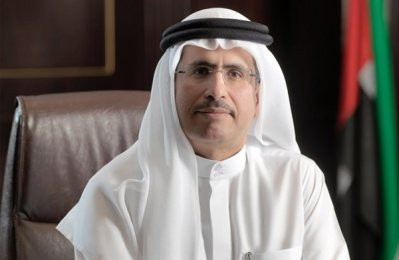 Dubai Electricity and Water Authority (Dewa) has completed the short-term goals of its Smart Grid Strategy 2014-2035, having replaced all electricity and water meters with smart meters between 2015 and 20.

This amounts to a deployment of over two million smart meters, said Saeed Mohammed Al Tayer, MD & CEO of Dewa, adding that by automating meter readings, Dewa empowers its customers with information on their usage patterns; allowing them to effectively manage their electricity and water usage.

Between 2015 and 2017, Dewa fully automated its transmission network connected to the 400kV and 132 kV substations. In 2017, Dewa deployed its multi-application RF Mesh network across the Emirate. Since then, it has expanded to provide communication to over 4,200 distribution substations. This supports smart grid applications such as electricity and water smart meters and the automation of the distribution network.

"One of the key factors for the success of smart cities is the seamlessness and availability of round-the-clock integrated and connected services, which is only possible via a smart grid. As a globally leading sustainable innovative corporation, Dewa provides an advanced infrastructure for facility and services management through smart and connected systems that use the latest disruptive technologies and the Fourth Industrial Revolution technologies, including Artificial Intelligence, Blockchain, Internet of Things,” said Al Tayer.

“The Smart Grid is a key component of Dewa’s strategy to develop an advanced infrastructure that supports the transformation of Dubai into the smartest and happiest city in the world. The Smart Grid covers the generation, transmission, and distribution systems with investments of up to AED7 billion ($1.9 billion) that will be completed in the short, medium, and long-term until 2035.”

Waleed Bin Salman, Executive Vice President of Business Development and Excellence at Dewa, said that the Smart Grid Strategy 2014-2035 has supported Dewa to become one of the leading utilities worldwide in terms of providing electricity and water services according to the highest levels of reliability, security, availability, sustainability, and quality. – TradeArabia News Service