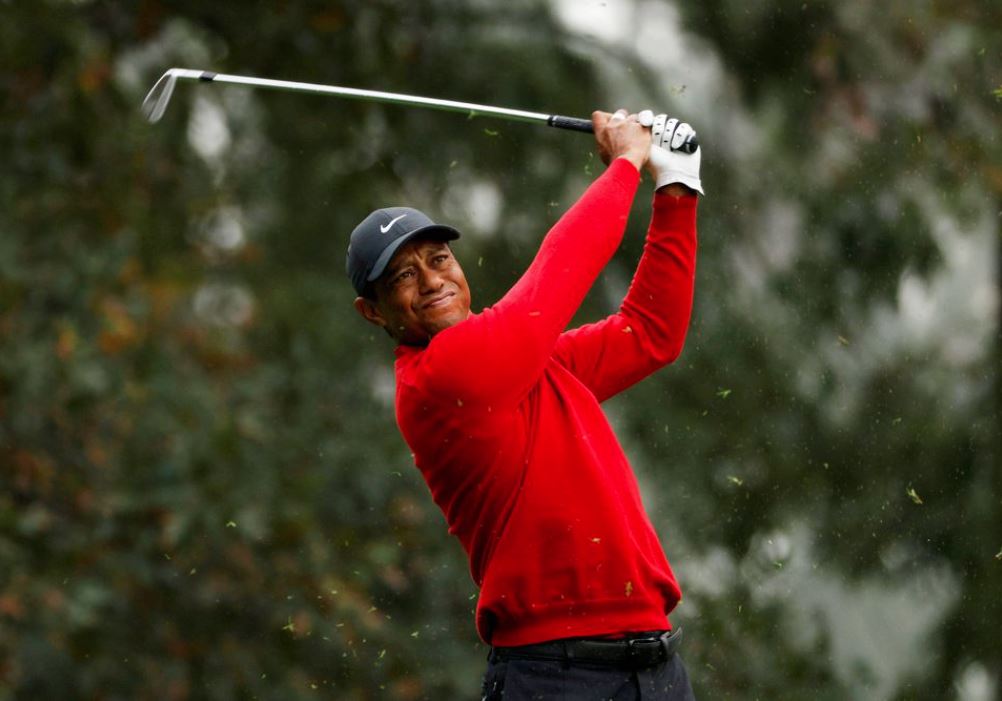 Tiger Woods has chosen his daughter Sam to present him for enshrinement into the World Golf Hall of Fame at this week's induction ceremony in Ponte Vedra Beach, Florida, it was announced on Tuesday.

The eldest of Woods' two children, 14-year-old Sam will deliver a speech on Wednesday at PGA Tour headquarters during a ceremony that was postponed a year due to the Covid-19 pandemic.

While Woods' storied career -- which is currently on hold as he continues to recover from serious leg injuries suffered in a February 2021 car crash -- has played out in the public eye, his children have largely remained out of the spotlight.

Last December Woods competed with his son Charlie, who was 12 at the time, and finished in second place at a laid-back team event in Orlando, Florida, where Sam was also on hand to take in the action.

Born a day after Woods finished second at the U.S. Open on Father's Day in 2007, Sam was at Augusta National for one of the most memorable moments of her father's career as she watched him win the 2019 Masters for his 15th career major title.

The victory, which left Woods three major wins shy of the all-time mark held by Jack Nicklaus, followed years of surgeries and personal problems that convinced many the best golfer of his generation was done.

Woods will be inducted alongside 11-time LPGA winner Susie Maxwell Berning, former PGA Tour Commissioner Tim Finchem and the late Marion Hollins, who broke barriers as one of the few female developers of golf courses in the sport's history.

The ceremony on the eve of the Players Championship will take place in Northeast Florida for the first time since 2013, with the most recent ceremonies held in California (2019), New York (2017) and Scotland (2015).