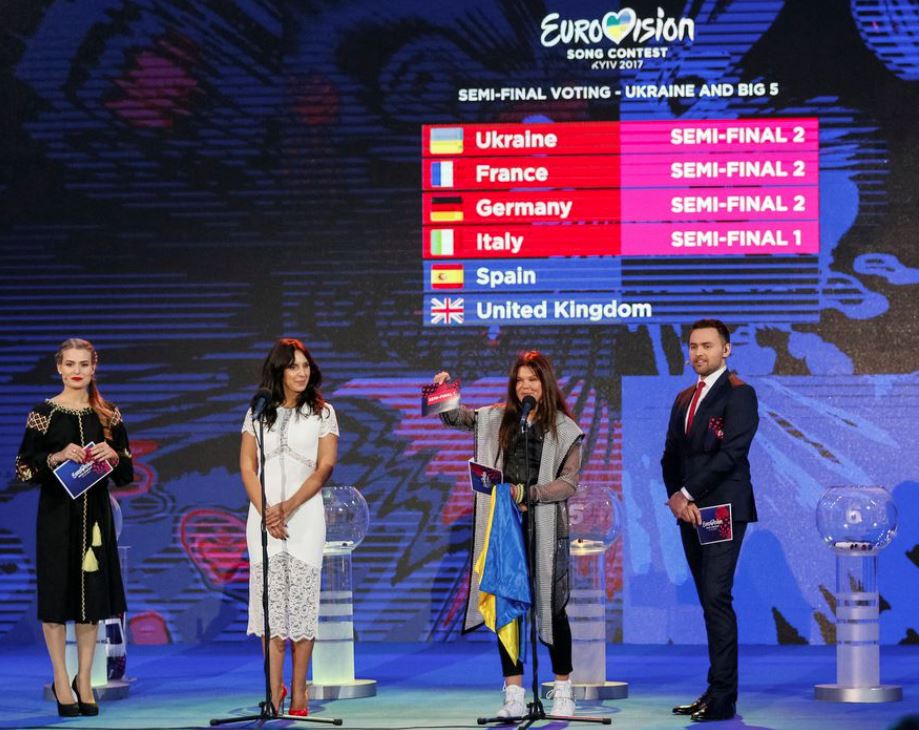 Topping the Eurovision leaderboard is a dream for many international music acts but for Ukraine’s Kalush Orchestra, the glitz of the song contest seems a long way off.

Operating out of western Ukraine, lead singer Oleh Psiuk has traded the stage to run a 20-strong volunteer group, supplying medicines and helping people flee the war. One of his band members is serving in the territorial defence unit.

On Monday, betting aggregate site Oddschecker put the group a firm favourite to win this year’s Eurovision Song Contest, but Psiuk is not ready to celebrate.

"I cannot enjoy it while I am worried for my loved ones. The war separated me and my girlfriend. She is 300kms (186 miles)away from me. We cannot meet because it is very dangerous," he told Reuters.

"She sits in a bunker while I am here and air raid sirens are constantly on."

He said his girlfriend has been making Molotov cocktails as part of defence efforts.

The band members are rehearsing separately, but plan to meet soon in Lviv to practise their entry 'Stefania', which Psiuk said had become an anthem for Ukrainians during the war.

"No matter under what circumstance we will go to the Eurovision, I will try to be useful for Ukraine. Even if it (war) is all over in the nearest future, it won’t be easy anyway because we will need a lot of time to rebuild. The country is in ruins," he said.

The Eurovision final, one of the world's largest televised events, takes place in Turin, Italy on May 14.

If Kalush Orchestra win, Ukraine will earn the right to host the 2023 contest.

The country won Eurovision in 2016, when Crimean Tatar Susana Jamaladinova of Ukraine, known as Jamala, triumphed with a song about former Soviet leader Joseph Stalin's deportation of hundreds of thousands of people from her Black Sea homeland, two years after Russia annexed the territory.

The following year, host Ukraine barred Russia from taking part. Russia has also been banned from the 2022 contest, after Ukraine and European public broadcasters called for them to be expelled.

Tensions with Russia had cast a shadow over Ukraine’s 2022 entry even before Moscow launched what it describes as a "special operation" to demilitarise its neighbour.

Kalush Orchestra replaced Ukraine’s original act, Alina Pash, after a row about her 2015 visit to Crimea.

For Psiuk, Kalush Orchestra’s Eurovision fame is an opportunity to spread awareness.

"If you think it will not happen to your country, there are no guarantees for that. We also thought that it would not happen to us. That is why let’s stop it as soon as possible," he said.

"We want peace to finally come to Ukraine.”