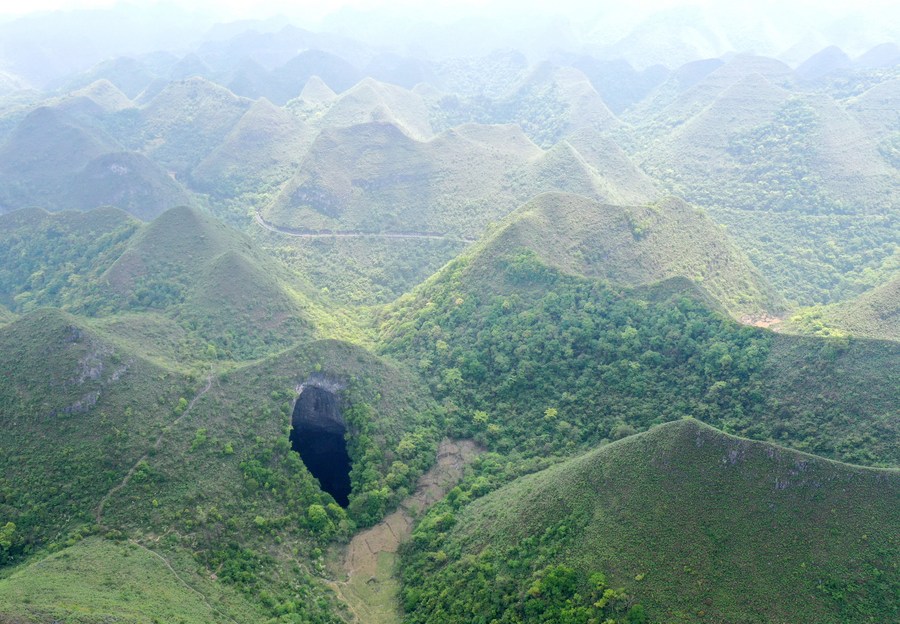 A team of explorers in China have discovered a gigantic sinkhole that has a stunning ancient forest at the bottom.

The sinkhole is 192 metres deep, 304 metres long and 150 metres wide. It is one of 30 known sinkholes located in Leye County of the South China's Guangxi Zhuang Autonomous Region.

The trees are as tall as 131ft and there is a possibility of discovering new species’, according to a Xinhua news agency report.

Cave explorers hiked for several hours before they reached the bottom of the sinkhole.

There, they found three entrances, the report added.

The sinkhole's bottom is lined with a “well-preserved primitive forest,” Chen Lixin, leader of the Guangxi 702 cave expedition team. He described the ancient trees as nearly 40 metres high and the dense shade plants are “up to one's shoulders.”

"This is cool news," George Veni, the executive director of the National Cave and Karst Research Institute (NCKRI) in the US, told Live Science. He said in most other parts of the world sinkholes might be quite subdued, only a metre or two in diameter.

The Guangxi region is known for its beautiful karst landscapes, which form primarily by the dissolution of bedrock. South China has an abundance of Karst formations which have earned the region the title of the UNESCO World Heritage Site.