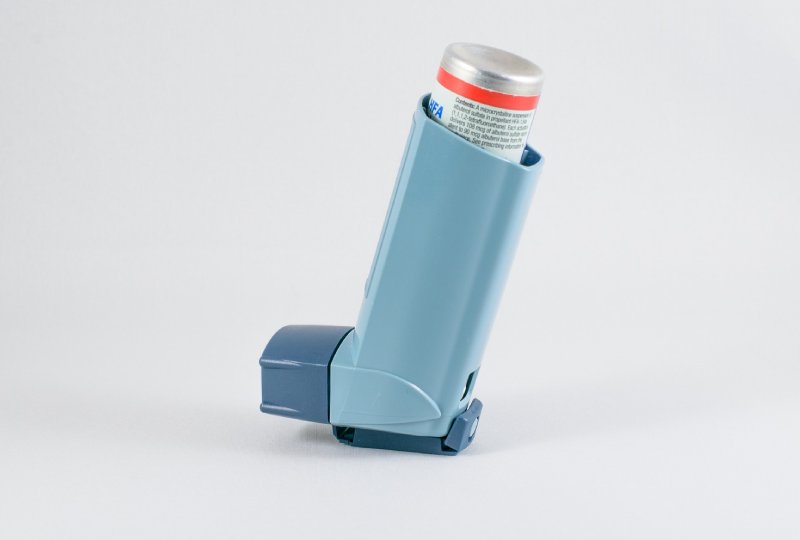 BAHRAIN has been urged to ramp up measures to tackle the rising prevalence of asthma in the community and encourage sufferers to actively use the readily-available methods to control the condition.

It follows three major studies conducted by Bahrain’s Primary Healthcare last year, the results of which were revealed at a platform organised by the Supreme Council for Health to mark World Asthma Day.

According to one study, nearly half of adults with bronchial asthma are not well-controlled, while another said physicians have yet to integrate international guidelines into clinical practice. A third study found a significant male predominance in childhood asthma and allergies.

Bronchial asthma is a condition in which airways narrow, swell and produce extra mucus, making it difficult to breathe. It may also result in the patient coughing or producing a whistling sound (wheezing) when exhaling, and shortness of breath.

Asthma is a serious disease, and can kill if it is not treated the right way. One large study showed that in the children who died of asthma, one third of them had mild disease. When it is treated the right way, however, people with asthma can live normal, active lives.

The first study, which focused on the level of control of bronchial asthma among adult patients at primary healthcare clinics, concluded that the condition’s control in Bahrain was ‘suboptimal’ – which means below the best possible level or standard.

A total of 500 patients were studied using an asthma control test (ACT) and a validated questionnaire, with data primarily collected via phone calls. Twenty-two per cent of patients were well-controlled, 29.4pc were moderately-controlled, and 48.6pc were poorly controlled.

The second study included 3,000 students aged six to seven from 18 public and private primary schools in Bahrain. They were evaluated for asthma, rhinitis (reaction), and eczema (skin itchiness) and given a questionnaire to fill out by their parents or guardians.

“Males had a higher prevalence of physician-diagnosed asthma (13.3pc) than females (8.7pc).

“Hay fever also followed the same pattern of a male predominance of 5.4pc in comparison with 3.3pc in females.

“Female predominance was found in prevalence of itchy rash – 12.5pc in comparison to males (8.5pc), while 58.6pc had symptoms of allergic rhinitis with a significant peak in winter, only 11.2pc had symptoms in summer.”

According to studies, uncontrolled asthma, which affects people of all ages, can cause significant morbidity and mortality. Poor adherence to guidelines is regarded as one of several impediments to asthma control.

Because asthma constricts airways, it can be fatal when someone cannot breathe properly after a certain amount of time. In the case of fatal asthma, the narrowing gets to the point where you can’t get enough oxygen in and can’t get enough carbon dioxide out.

A third study examined asthma knowledge, attitude, and prescribing behaviour of primary care physicians in Bahrain. The survey was completed by 80pc of the doctors (192 out of 240).

“The responders were primarily family physicians (66.7pc), with 73.4pc adhering to asthma treatment guidelines. Slightly more than half of physicians (56.8pc) were able to assess the level of asthma control appropriately, and the majority of them reported scheduling regular follow-ups for their patients.

“However, only 39.1pc were aware of the appropriate medication recommended for step one and only 37.3pc reported that they provided written plans for their patients.”

Inhalers, which are devices that let you breathe in medicine, are the main treatment. Tablets and other treatments may also be needed if it is severe. There’s currently no cure for asthma.

The rise in allergies and asthma may also be due to an increase in airborne pollens, climate changes that trigger a rise in pollen levels, urban air pollution, or the overuse of antibiotics. Increased obesity in general has also been suggested as a contributing factor for the increase in asthma prevalence.

The study concluded that various aspects of the Global Initiative for Asthma (GINA) guidelines (organisation which works with public health officials and health care professionals globally to reduce asthma prevalence, morbidity, and mortality) have been integrated into clinical practice by primary care physicians in Bahrain, while other recommendations ‘do not seem to have been readily implemented’.

Family consultant and Primary Healthcare Research Committee head Dr Reham Ahmed said such researches would help the team to focus on health priorities in the country.

“It gives us a critical lens to see what’s happening in our kingdom and we want to improve it,” Dr Ahmed said.

The committee set up four years ago has approved 50 studies of which five have been completed – three last year and two this year, noted Dr Ahmed.

“Topics chosen are many – ranging from knowledge and attitude of staff, community-based research on non communicable diseases, woman-oriented research on maternity and childhood, and also on dental.

“There are also studies on woman abuse by the spouse, another on domestic abuse at workplace and on infant weaning.”