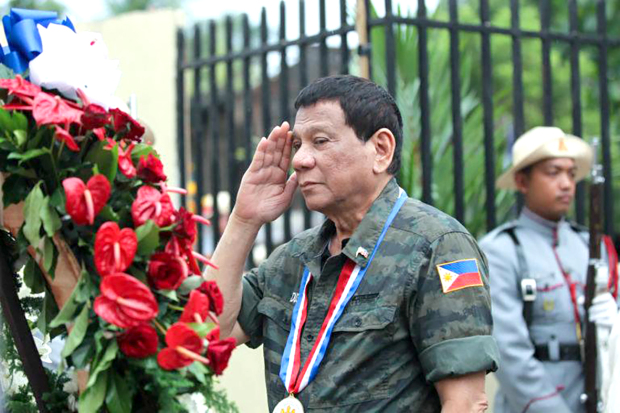 The Republic of the Philippines celebrates its Independence Day on June 12 every year … and today is the 124th.

Known in the Philippines as ‘Araw ng Kasarinlan’, or ‘Day of Freedom’, this day commemorates the Philippine Declaration of Independence from Spain on June 12, 1898.

On this ceremonious occasion, a special parade is led by the police and military in Manila headed by the country’s incumbent president, followed by a speech and a 21-gun salute.

Ahead of the commemoration, President Rodrigo Duterte called on Filipinos to ‘take heart all the learnings from the past’.

“This occasion is a testament to how our forefathers fought for the freedoms that we enjoy today. May it inspire us to take after the courage of our heroes as well as encourage us to use our ability, skills and knowledge for the benefit of our community,” he said in a message during the Federation of Filipino Chinese Chambers of Commerce and Industry celebration of Independence Day and Philippines-China Friendship Day last week.

“Take heart all the learnings from the past, especially the countless hardships that we had to endure as a people.”

A number of nationwide parades are also organised by government officials, employees and students.

The Philippines is an island country in Southeast Asia located in the western Pacific Ocean. It is an archipelago consisting of more than 7,000 islands and islets lying about 800km off the coast of Vietnam.

Although Manila is the capital, the nearby Quezon City is the country’s most-populous city, both of which are part of the National Capital Region (Metro Manila), located on Luzon, the largest island. The second largest island of the Philippines is Mindanao, in the southeast.

The Philippines takes its name from Philip II, who was king of Spain during the Spanish colonisation of the islands in the 16th century.

The country was under Spanish rule for 333 years and under US tutelage for a further 48 years, and as such the Philippines has many cultural affinities with the West.

It is the second most-populous Asian country (following India) with English as an official language.

Bahrain is seen as one of the top choices when looking for work abroad, especially for professionals in the financial, petroleum and tourism sectors. There are believed to be an estimated 40,000 Filipinos living and working in the kingdom.