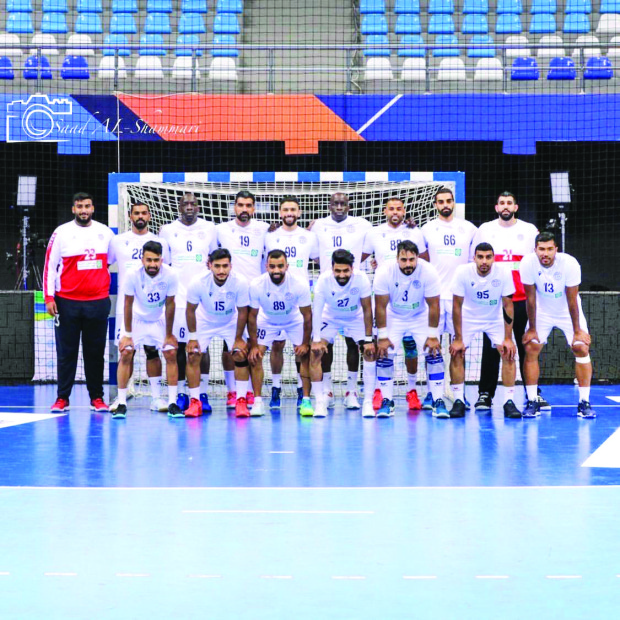 Al NAJMA Club’s campaign in the 24th Asian Men’s Club League Handball Championship got off to a winning start in their opening game when they triumphed 31-25 against Iran’s Sanat Mes Kerman Club yesterday in Hyderabad, India.

Al Najma took an early lead in the first few minutes of the match and never relinquished the advantage as the game wore on, winning comfortably in the end.

“I am very happy that our team won their opening game,” Al Najma Club president Shaikh Abdulrahman bin Mubarak Al Khalifa told the GDN. “It is always good to begin a tournament on a winning note.”

The Bahraini club have been on a roll in the 2021-22 season. Just last week, they won the GCC Clubs Handball Tournament in Saudi Arabia, adding the prestigious trophy to the long list of titles they have already won this year. Those include the Khalid bin Hamad Handball League, the Federation Cup, the Bahraini Super Cup and the Bahraini-Emirati Super Cup.

The Al Najma president warned his team against complacency as they prepare for what is likely to be a tough opposition in their next game against Al Kuwait tomorrow.

“Al Kuwait are a very good team, a very tough side,” Shaikh Abdulrahman said. “I believe they will also have four international professionals playing for them in this tournament. That will boost their team. Usually, in club tournaments, such as the GCC tournament in Saudi, teams are allowed only two overseas professionals. But the rules are different in this tournament.”

He added, though, that his team would be up to the challenge.

“Our team has proved themselves against all manner of opposition in this past year,” Shaikh Abdulrahman declared. “I expect them to give their best in the upcoming game against Al Kuwait tomorrow and the final group match against Qatar’s Al Wakrah on Monday. I am confident that we will do well!”