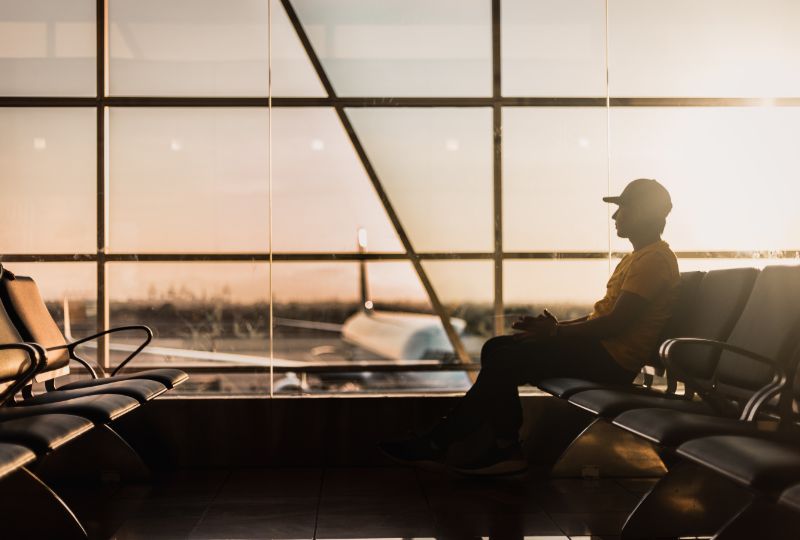 We frequently meet while travelling and have almost similar ravel itineraries, so I asked one of my friends when he was travelling, and he answered frankly that travel isn’t what it used to be.

He said that travelling is now challenging, expensive and more exasperating than reassuring. He thought that it may be safer to engage in domestic tourism or even stay at home than to take a potentially dangerous vacation to Europe.

As I listened to him, I thought of my niece and her husband, who had recently visited me in Bahrain and whose journey from Bahrain airport to Dubai airport had gone without a hitch.

Their travel troubles started at Dubai airport when the plane that was supposed to take them to London’s Heathrow airport was delayed by more than six hours. It then took another three hours, or more, at the same airport before their bags finally appeared among the mountains of bags that were stacked there.

We’re referring to Heathrow, one of the busiest and most advanced airports in all of Europe.

Several French airports, including Charles de Gaulle and Orly near Paris, have also been affected by new strikes against the backdrop of high inflation and a strong recovery in air traffic.

This year’s summer tourist season kicks off amid difficulties due to incompatibility between strong demand and the still weak number of employees at some airports and companies.

We, in Bahrain, and the Arab Gulf states, in general, have not experienced the full impact of the war in Ukraine as many others have.

Almost everything has increased in price due to the war, including energy supplies, admission fees, travel, lodging, dining, and access to beaches, parks and theatres. Anyone who wants to travel needs to be aware that their trip will cost two or three times as much as it did in the past.

Due to the increased costs of everything, my household expenses in London are now three times what they were two or three years ago. Even though electricity has not yet been cut off in Europe, those who cannot afford it will surely experience darkness.

In addition to the extremely hot weather that is now affecting most European countries, the dollar is strong relative to the weakening of the euro and pound.

This summer, the effects of the Russian war in Ukraine have emerged in many sectors of the global economy. Among the most affected sectors are tourism and air travel.

World Tourism Organisation figures indicate that before the disruption of the travel and tourism sector due to the coronavirus pandemic, Russia was ranked 11th in the world as a source of tourist numbers, while Ukraine was ranked 13th. It has published a detailed report on the damage suffered by the sector, and its previous expectations were that it would return to pre-pandemic levels in 2023, but this, of course, will not be achieved under the current circumstances.

After that conversation, I asked my friend: “So where are you going this summer?” He laughed and said, “To Lebanon!”

He has already travelled there and called me, “Come quickly, it’s the most gorgeous vacation, and you won’t believe what you see. Everything is available, prices are high but still affordable compared to those in Europe, and the services provided by hotels, restaurants, and other tourist attractions in Lebanon are still the same.”

Maybe I will travel this year, to Europe or Lebanon, I don’t know. But I might act on the famous saying “Eid is sweeter at home”.

I still don’t know. But what I do know is that I want to wish a happy Eid Al Adha to all Bahrainis, Gulf people, Arabs and Muslims.